Release of regular corrections is not possible anymore (code freeze).

During the test phase, errors are detected in the test systems, and are reported to the relevant developers by means of test messages. The developers correct these errors. If all test messages have been closed, the maintenance cycle proceeds to the emergency correction phase.

Urgent corrections can be used as in the previous phase.

In this phase you have to test your changes in SMM:200 and create a Test message in case you need to make any correction in these changes, to create a Test Message you can do it from a document if you have included this type of transaction in Extras–> Settings 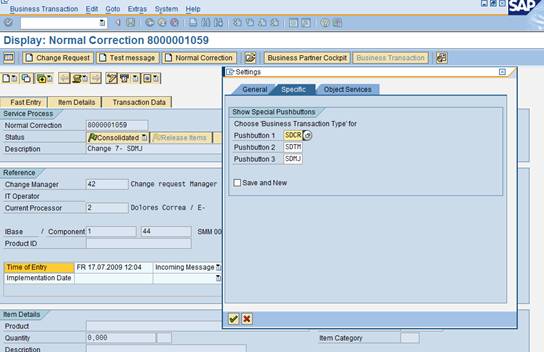 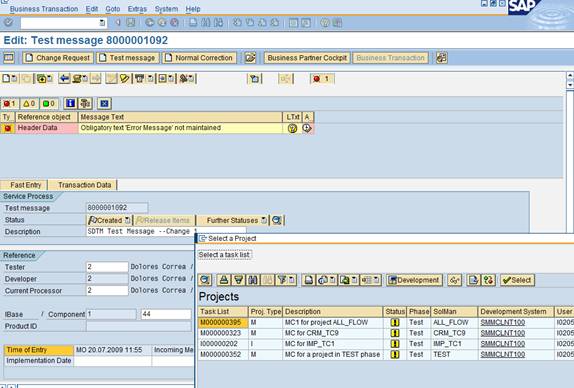 I assigned it to our MC.

With these correction statuses I change the phase to from “Test” to “Emergency Correction”: 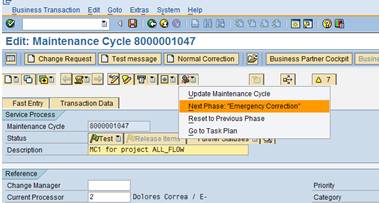 Note:  In TEST phase don’t work at all with your SDMJ corrections, only with SDHF corrections and with SDTM test messages.