If changes still have to be made after the test phase has been completed, TRs and tasks can be created and released as part of the Preparation for Go-Live phase, but only by using the task list of the scheduler manager.

Don’t work with the SDMJ corrections in this phase because you only are allow to create a TR and released it by using the task list directly.

With these correction statuses I change the phase to from “Emergency Correction” to “Go-Live” phase: 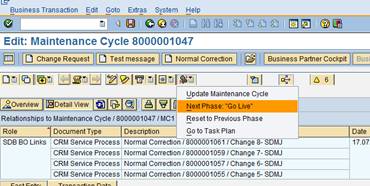 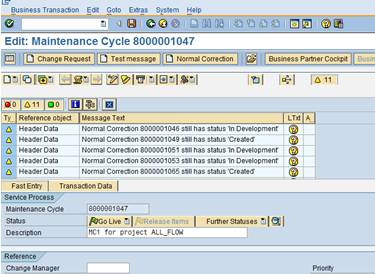 This means I SHOULD only work in this Go-Live phase with the SDMJ corrections in “Consolidated” status, and with all SDHF in status “Authorized for Import”, “Production”, “Confirmed” and “Completed”, this means with the following corrections: