How to cook with logic

In answer to Craig Cmehil’s call for community contributions you can sink your teeth into, I whipped up a souffle of possibilities.

After a few minutes googling, I discovered a PC program called MealMaster, which started 20 years ago, and found there is a huge number of recipes online using the supported data format.  I also found a cool blog post from a few years back, called Cooking and software efficiency.  I am going to look more at the data side of the equation than the coding side.

The Meal-Master™ program, which I admit I had never used until yesterday, was distributed as shareware up until 1998, when it was converted to freeware.  I found the central distribution site still up and running here:

Why do I think is this important to answer Craig’s challenge?   Well, because the recipe file format is documented, and that makes reinventing the wheel unnecessary.  I can remember typing recipes into computers way back when, so let’s not make people use a new format.  Today being the anniversary of the discovery of the Rosetta Stone (as mentioned in the Writer’s Almanac for July 19, 2009), let’s build on the past.

A typical recipe in my house was written on a 3-inch by 5-inch index card, and stored in a file box.  I inherited the one my Aunt Shirley had, which included family recipes that she typed up for clarity. Looking at one of these indicates there might be “data normalization” issues of units, weights/measures, and calorie or other health information.  The AnyMeal API page goes into detail, such as:

My Grandmother’s recipe for dumplings (“Meal” was her nickname; Amelia was her full name).

Needless to say, it is assumed here you would know how to make gravy, as there is nothing else on the card!

The API documentation includes “an ABNF grammar of the Mealmaster format” that should help you lean ABAPers out there build some data dictionary structures to start the community stone soup.

As there are a lot of places to find recipes, our code should be able to take a URL and slurp the data from it, even if it’s ZIP compressed.  Here are a few places you might look over the menus: 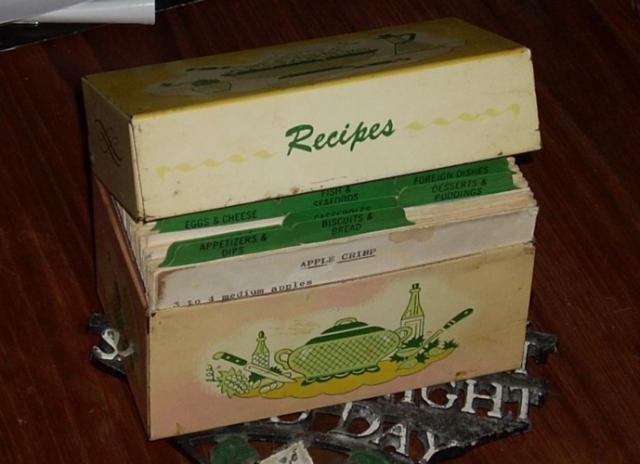 An SAP community code version should link to online videos, still images, and more.  The footnote format of Menu-Master is vague, but that should not stop us from extending the standard, as long as we’re careful not to stomp through the kitchen and have the cake collapse.

Thorsten Franz
July 19, 2009 at 12:27 pm
Hi Jim,
This screams for a new Industry Solution from the IBU at Walldorf: IS-RS (Restaurant), a BDT-based, procedural (using mostly function modules), using ABAP Dynpro as its UI technology. Of course, the framework supports only step-loops and table controls, no ALV grids, but this object-oriented stuff is suspicious anyway.
What's more important is the in-built Direct Input interface so you can pump gazillions of slash-separated cooking recipes into it. Also, we are integrated with the Parallel Processing Framework so all the work processes in our server (and not just four cooking plates) can be fully utilized.
The application should be fully extensible so that customer-specific spices and devices may be added in a modification-free way.
Whaddaya think?
Cheers,
Thorsten

Marilyn Pratt
July 20, 2009 at 9:31 am
LOL.  Remember the monkey bread recipe Craig digitalized?  Videos are great ways of visualizing recipes.  I took some pictures of a "princess cake" I just made for my granddaughter's 4th birthday in June.  It was loosely based on a video we watched together in order to "agree" on the cake strategy before I went off and created something that was less then her expectations.  Important lesson in business modeling.  You need to really envision the end result, have an agile and workable model and sign off on the results BEFORE attempting to bake.  The cake was a great success thanks to the ability to model the result for her.