Floors and attics at #ASUG09

Notes and comments from Wednesday, day 2 of #ASUG09.

I used the official agenda builder to line up my schedule, but also used the ASUG event wizard (the tool that has the source material for our side of the conference plan), a host of email invites, to build my own plan for what sessions to attend, where to go and when to be there.  The Agenda builder (as I’ve mentioned) didn’t download to a spreadsheet for offline sorting and ranking.  As it turns out, others found that full downloads to their calendar program only worked for the first appointment; everything else vanished.  Ah well, we will fix it next year.

My day started with a detour around the cavernous building to the north side and:

Breakfast at the Global Communication Center

Where I met (not necessarily only, nor in this order):

I ran an ASUG community lounge session, with a surprisingly diverse and vocal turnout, from SAP senior staff, to ASUG volunteers and installation members, to University alliance, to other SAP partners.  Without a script, or much of a net, I introduced a few topics, then asked Marty Etzel of SAP to say a few words, as well as Marilyn Pratt and Tom Raftery.  After those speakers, others joined in, adding or commenting on prior statements.  I wasn’t sure we would be able to fill a full hour, but at the end the side conversations that were sparked managed to stay lit, to the point where we needed to move people out of the room to make space for the next session.  Several “after-the-meeting” conversations continued in the ASUG booth area.

I recorded part of the session; the podcast is online here.  There area few minutes at the end where I didn’t get to switch off, so hit eject there. File is around 27 MB.

After several vendor booth visits, I journeyed to the north end of the facility to listen to a round table discussion led by SAP’s Chief Sustainability Officer Peter Graf.  Peter and Scott Bolick demonstrated the SAP 2008 Sustainability report, which is highly interactive.  That’s the good news.  The bad news is there isn’t a standalone PDF yet (as pointed out by Tom Raftery) and preparing the report took a lot of effort.

A few tweets from the meeting:

Not to mention @TomRaftery @ITSInsider @monkchips

and others I don’t know by face.

I won’t repost what the others tweeted.  I’m sure the pro bloggers in the room will do it justice.  I snuck in one question: “what is the compensation and public visibility for the SAP sustainability advocates?”  Peter answered the first part by saying those employees have 10% of their bonuses tied to their sustainability effectiveness.  The second part was answered more in the sense of internal corporate visibility than in public recognition.  I’ll follow up to clarify who these people are, and how they are being recognized for their efforts.

At 2:00 PM I ducked into the ASUG Data Governance SIG community meeting for a few minutes, then stopped at the VMWare booth for more vendor brain picking, and moved onto a short visit to an ASUG presentation by my colleague Manju Venkateshan.  He talked about our address validation software, to a meager crowd unfortunately.  That doesn’t bode well for the Thursday sessions.

After that, I hiked once again the length (or width) of the convention center; thanks to the ASUG pedometers I know I walked 6,000 steps Tuesday, and 15,000 Wednesday (that counts Don Henley step dancing).  I ended up as the only customer at the Docupedia strategy session, hosted by Andrea Anderson, Sven Leukert, Oliver Mayer, and Soledad Alvarado Ganzhorn.

Then the 5:00 whistle blew and we had to vacate the premises.

At the Don Henley concert

Gail Moody found us, as did the mosh pit.

We could see Leo front and center, along with Bill McDermott, etc.

It boggled me that people could blog about the ASUG / Sapphire event just by reading press releases and listening to the keynote.  Come on, there’s a huge vendor floor, and hundreds of customer presentations as keys to the conference.  It isn’t an SAP demo!  Get down on the floor and into the educational rooms!

Bloggers, analysts, press: watching the keynote from the third floor 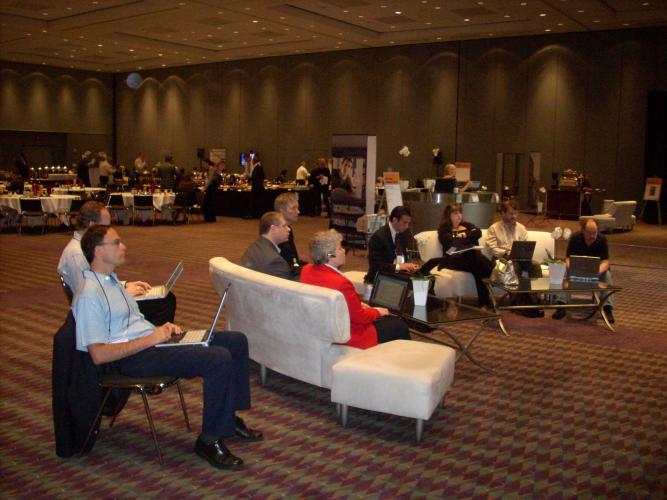 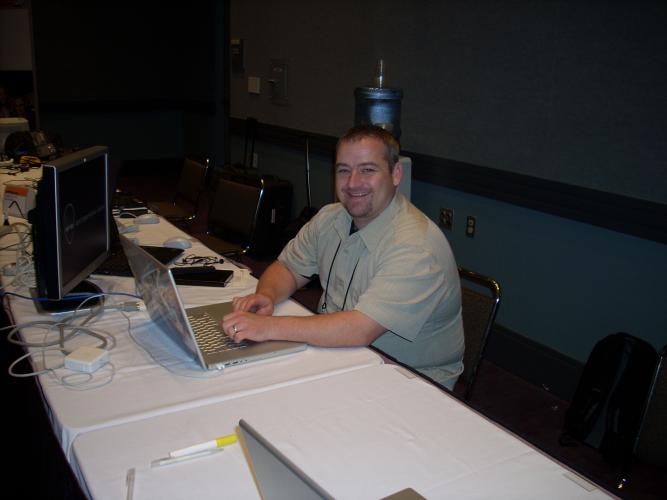 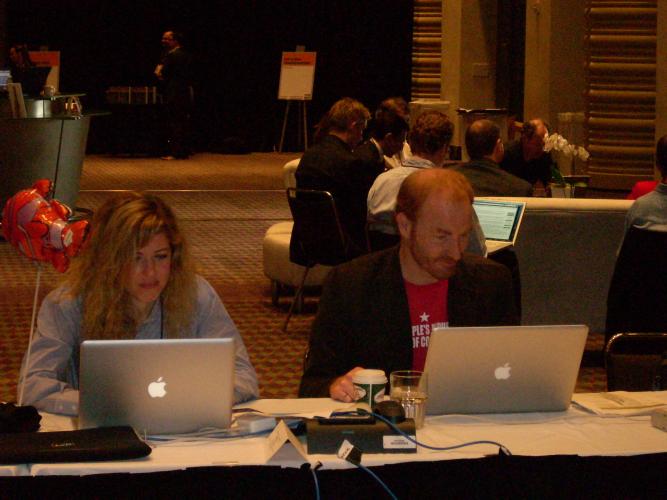 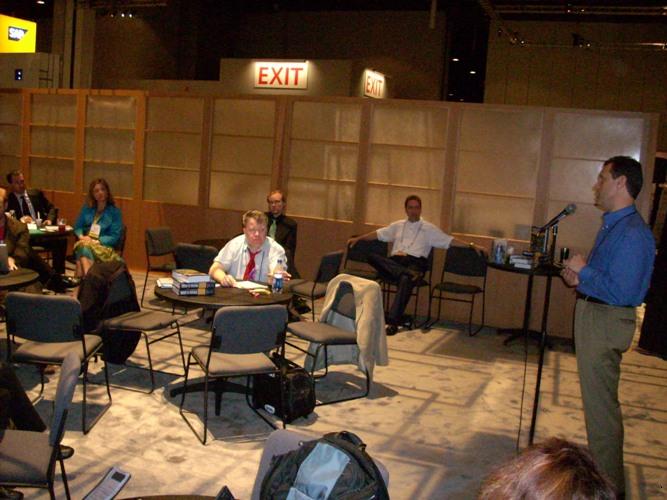 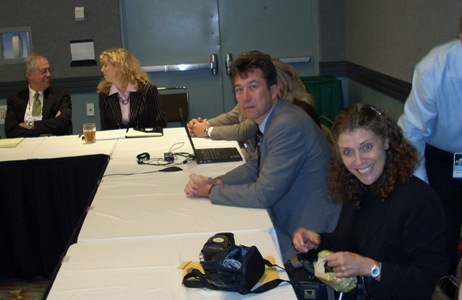 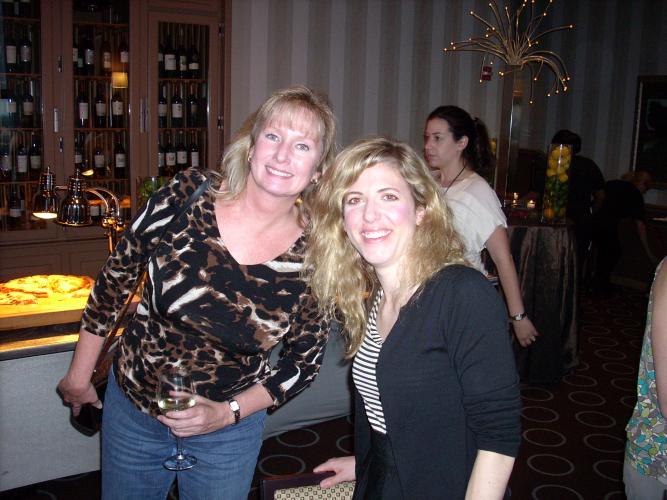 Me enjoying the vibes at Don Henley concert 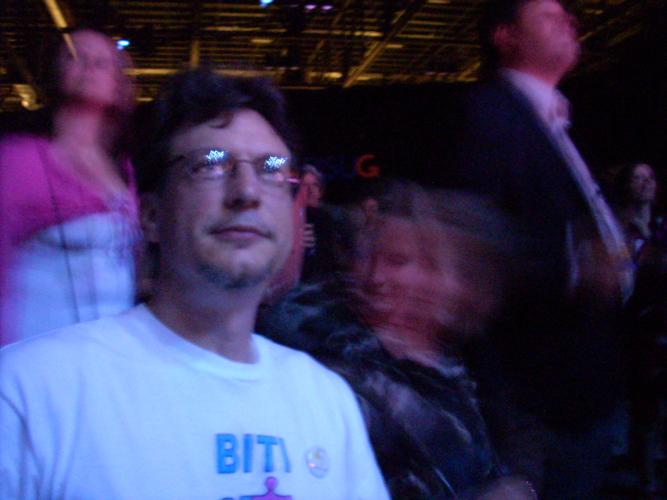 Mark Yolton and Karin Tillotson basking in the post-concert glow. 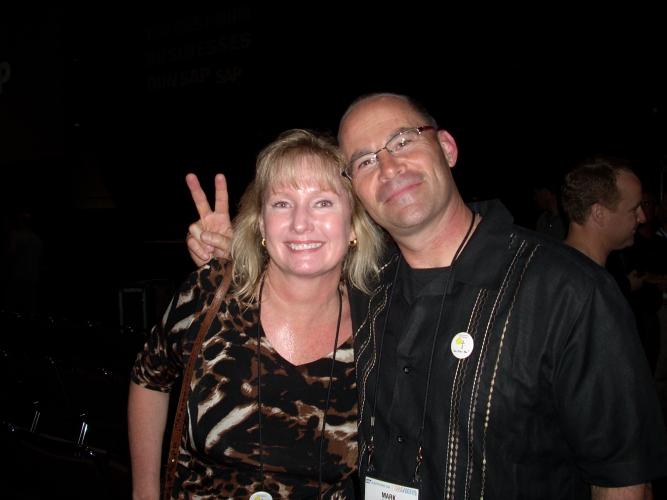