The Fine Art of Balance

UPDATE – August 2010 – I just discovered that the move to the new SCN has totally borked this post. So I have tried to remember the bits that have disappeared and re-established the images, etc. Thanks to Alex Lim who pointed this problem out to me.

Many of us have to travel extensively as part of our jobs. Many SAP consultants I know spend Monday through Thursday in a completely different city to the one they live in and get back late Thursday evening for Friday in the office, Saturday with the Family, and some of Sunday preparing for the early Monday flight to the customer site.

It is much better for me now, but in the mid to late 1990’s I worked for SAP Australia and travel was a constant feature of the job. I was the SAP Australia IT Manager and had to travel to Germany, Asia and North America regularly as part of the role. And when you live in Australia pretty much everywhere overseas (with the exception of New Zealand) is at least 9 hours flight time away.

In one calendar year I had 14 overseas trips!

My worst ever experience was flying out of Sydney on a Sunday afternoon (GMT+10), arriving Frankfurt Monday early morning (CET), driving to Walldorf, attending an all-day meeting, driving back to Frankfurt Airport, onto a flight that left Monday evening (CET), and arriving back in Sydney Wednesday morning (GMT+10).

This, of course, is madness.

So the next month I did the same trip with a one-night stay over.

I told you it was madness.

I was doing this because my boss felt there were important reasons for me to attend these meetings (he was right) and because I had a major project I was running at home that had to be delivered on time so I felt I needed to be away for as short a time as possible. And let’s face it, if given a choice, most of us would prefer to be at home with family than alone in a foreign hotel.

Of course I was wrong. I was of no use to either my employer or my family for the remainder of that week. I spent most of it in a fog. Then I pretty much missed the following weekend with my family as I was too tired to do anything much at all.

I started to dread these trips more and more. I think I am a fairly easy-going person but I don’t think the people around me would have thought so at this time. So I needed to change things – and quickly.

I could have changed jobs, but actually I liked the job. It was full of the sort of variety, challenges and rewards that I liked and needed. I could stop travelling, but it was an integral part of the job and – as mentioned before – I actually liked the job.

I decided I needed to adjust my work-life balance. When it came to these trips it was all “Work” days and no “Life” days. I needed “Life” days.

I resolved that on every overseas trip I would take at least one “Life” day to enjoy the place I was in. Often I would fly out of Sydney on Saturday, or even Friday, to get my “Life” day in before my “Work” days began. Having my “Life” day at the beginnning of the trip helped me recover from jet-lag quicker and gave me something to look forward to as I was sitting in airport lounges and on planes for all those hours. If I couldn’t have my “Life” day at the beginning of the trip I would fit it in somewhere in the middle or at the end.

My “Life” days have included… 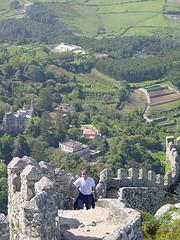 Have you checked your balance lately?