In the context of the EU founded project WASP, SAP Research studied the integration of Wireless Sensor Networks into Command and Control (C2) systems. As result, a prototype for stadium surveillance was developed. I want to give you an overview of the architecture and implementation of our prototype.

We based our prototype on the following real cases: In the past, several catastrophic accidents happened during football games such as during the Heysel Stadium disaster or the Bradford City stadium fire.  In 1985, fighting hooligans put pressure on a dilapidated wall. They caused a wall collapse, which dragged to the death of 39 people. In Bradford city a fire broke out during a football game and 56 people lost their lives.

In our scenario, we place several sensors, sensing acceleration, noise and temperature, in critical areas of a stadium (e.g. on fences, in walls). These sensors are in charge of detecting any dangerous crowd activities (e.g. jumping, or intensively moving or hitting fences and walls). In case of any abnormal measurement, an alert is sent to a Command and Control System. Based on the received alert, a decision-maker can choose to assign available first responder forces (e.g. ambulance, police) to the incident scene. Our prototype demonstrates alert detection in a WSN and alert notification to a Command and Control Systems. In addition, we show the assignment of first responder forces to incidents in real SAP systems. 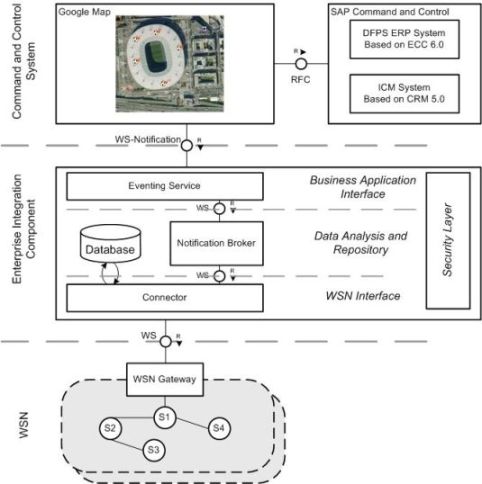 In order to evaluate the feasibility of our scenario, we integrated of a real wireless sensor network into a Command and Control System. Our C2 system is composed of two SAP Enterprise Systems, a SAP Defense Forces and Public Security (DFPS) ERP system and a SAP Investigative Case Management (ICM) system. All components are accessible via a Google Maps UI application. 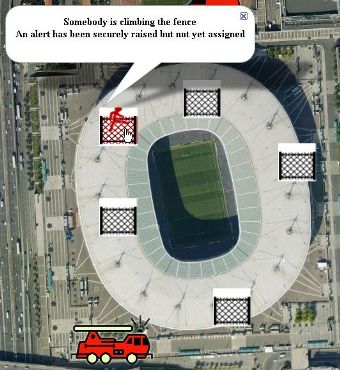 The Google Map UI shows a comprehensive view of the situation, with the actual position of sensors in the stadium and surrounding first responders. At any time, the user can display force element related information such as readiness, name or description. That information is collected from the SAP DFPS system. Whenever an alert is triggered from a sensor node, the user is notified immediately graphically in the Google Maps UI. In the background an incident related to the alert is created in the SAP ICM system. By clicking on the alert on the Google Map, the user can get further details of the event occurring at this location. The assignment of a force element to an incident in the ICM system is done by a simply drag and drop of the force element to the incident.

The easy and integration of  SAP system and WSNs is made possible by using the Enterprise Integration Component (EIC) developed in the WASP project. The EIC is a mediation layer between WSNs and business application, that followings the SOA principle and offers web service based interfaces following the WS-Notification standard.

I would like to thank especially Laurent Gomez from the WASP team who brought this prototype to life. 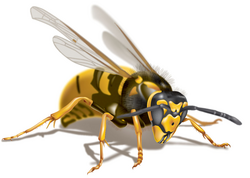 thanks for your blog. Dams and water storage areas would also be good scenarios to be monitored.

thanks for your blog. Dams and water storage areas would also be good scenarios to be monitored.

Sean O'BRIEN
February 17, 2009 at 8:48 am
Hi Annett,
Is there somewhere we can see demos and read papers around the project