Can a Decision Table be dynamically invoked?

Do you want to decide at the time of execution which Decision Table to invoke? Well, who doesnt like dynamic invocation? :). It is a powerful feature to have.

A Courier company decides the rates based on the type of the courier(normal, expedited and ground). 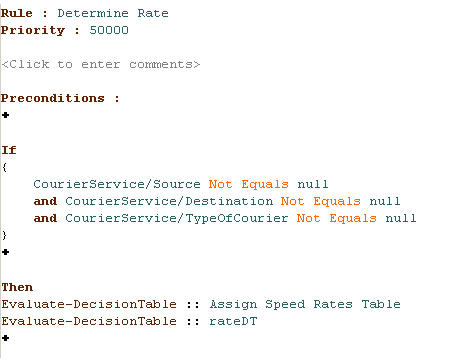