In one of my requirements, I had faced problem to choose UDF Execution type Context. This motivated me to explore this area of mapping. Also a comment on my previous blog, by Mr. Prateek Srivastava, a popular contributor on SDN, inspired me to explain the practical example of UDF type Context.

Before configuring this scenario, I was not able to understand UDF Execution’s type context. I had written a UDF for this scenario and come to know the exact use of UDF Context type. I would like to share my experience with fellow PI consultants.

Below are Source and Target structures. 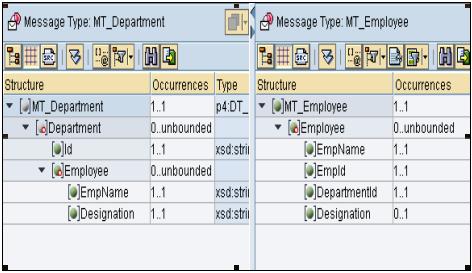 Following is the sender data file, which contains, 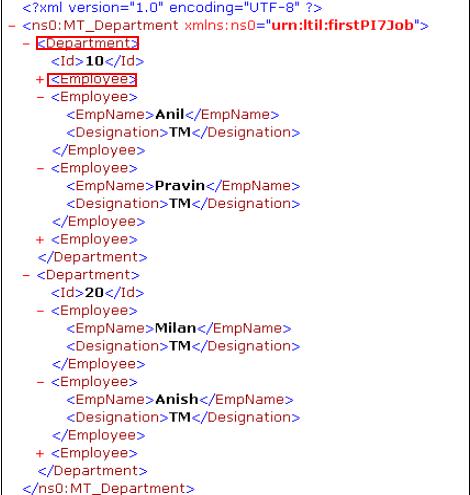 When we create any UDF we can see, three cache execution methods,

Value is used to process individual input values (i.e. like a single variable) of a field for each function call.

Context and Queue are used to process multiple input values (i.e. like a string array) of a field for each function call.

Let’s see the concept of Context type in UDF.

Following is the UDF that contains logic to generate Employee Id.

As shown in Fig.4, This UDF requires input.

Importance of Context Change node for this requirement:

There are number of Departments and each Department has number of employees. Therefore employees can be classified on the basis of their department. Context Change node distinguishes employees based on their Department.

Working of UDF in case of Context:

Comparison between Context and Queue Type:

For Queue type the function getEmployeeId is called only once. Context Change is considered data node. For detail explanation refer blog no. Context and Queue in Message Mapping UDF

Department no. 10 has four Employees.

Department no. 20 has three Employees.

For this data UDF logic works as follows.

At the beginning of code, Counter for Employee Id is initialized to Department Id.

When Department Id is 10, then 10 is assigned to counter, after applying arithmetical operation the Counter is initialized to 1000. (10 * 100)

When Department Id is 20, then 20 is assigned to counter, after applying arithmetical operation the Counter is initialized to 2000. (20 * 100)

Here, only 1st element of Department Id is considered from each group. Groups are defined depending on separation of Context Change node. See the fig.3

In for loop, Counter is incremented and returns the same value for each Employee. This logic is executed only for 1stgroup of data. As soon as Context Change node is encountered, logic gets applied to next group of data from the start of UDF.

As we have seen in Fig.2 the first Department, with Dept Id 10, consists of four employees. The UDF logic executes only for four nodes and generates Employee Id as 1001,1002,1003,1004. Once the 4thId is generated, context change node is encountered and there is no further generation of Employee Ids for Dept Id 10.

If any data node is present after the Context Change node then the UDF logic is executed once again. In our case, data node is there for Department Id 20, so the getEmployeeId function is called again. The counter gets initialized and produces Employee Id as 2001,2002,2003 for three employees from Department Id 20.

So the output will look like the one shown in Fig.5

Lets see the practical example of this. 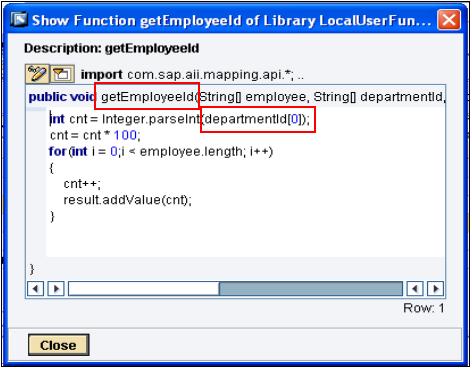 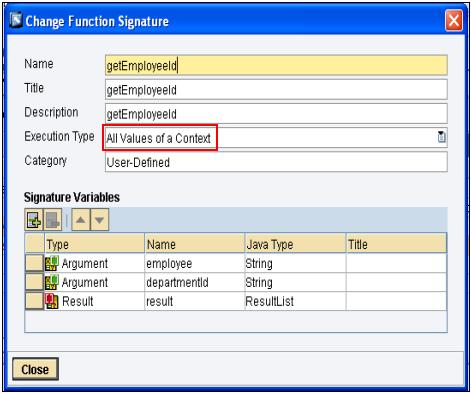 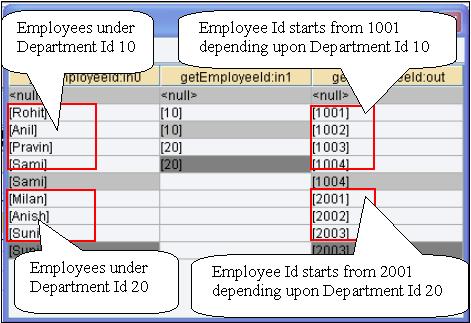 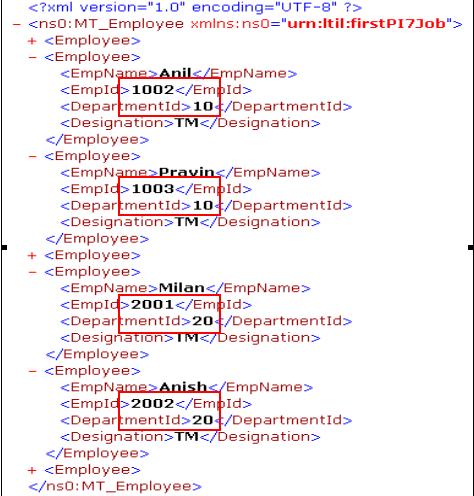 Former Member
June 18, 2009 at 5:12 am
I was wondering what these other values for UDF meant and you provide a great example to show the context change function. I think this will be very helpful in my current project! Your other example referenced in this entry looks good too.

Former Member
September 13, 2011 at 11:58 pm
hi,
the blog is great. but when there is a successful record. How do we populate its fields into the correct child nodes.
eg: if there is a employee with the requried department id.
How does his details(emp id, emp name) get into the target side. you have not shown those details.

Can you please elaborate your query, so that i can understand it in a better way and provide the required solution