We have seen a great list of good and new features of CRM 2007.  The new CRM 2007 is truly end-user friendly and got a new look with so many good features. There are so many Blogs which are explaining the features and advantages of new CRM 2007. I am also one of the people who praise the new features and advantages of CRM 2007. However there are few Improvement areas to make CRM 2007 a perfect solution.

Although most of us praising new SAP CRM 2007, according to few authors the SAP CRM 2007 still a “Nightmare”.

In this blog I am going to discuss a few improvement areas in SAP CRM 2007, which needs to have a second look in the succeeding versions, if possible. A few of them are:

1)   Until CRM 5.0 the end-user used to have all the tabs in a single row of a Transaction as shown in the below slide: Here as an example I have shown the overview page of a Campaign.

And the ‘Function keys’ also available if we right click as shown below: he can see all available assignment blocks in a pop-up and can move freely from one Tab (Assignment Block) to another according to his wish.

But in the CRM 2007 all the ‘Assignment Blocks’ are maintained one-by-one in a column as shown below: 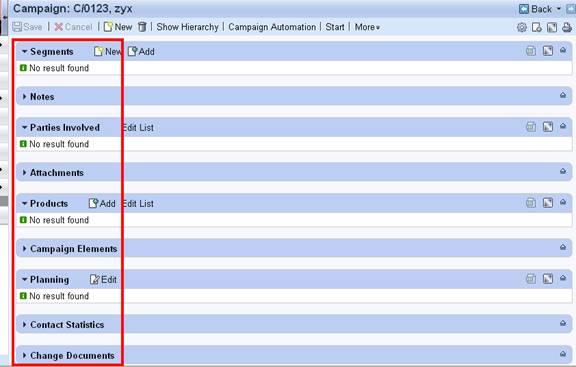 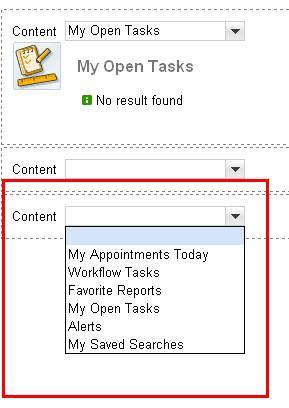 3)    I hope most of the users who started working on new CRM 2007 Web UI will agree with me in this point.

In the new Web UI screen, whenever the user choosing any option in a transaction or any personalization option, the system is taking few seconds (approx. 10 seconds) to process the next course of an action. Meanwhile the system is showing the pop-up as shown below

But whenever there is a click on any field it is doing the same which is an irritating task.

For example if the user wants to create a Campaign, He needs to fill 17 fields in the General Data itself, of course not all are mandatory. Apart from that there are a few other Assignment blocks needs to fulfill like–Segments/Notes/PartiesInvolved/Attachments/Products/CampaignElements/Planning/Contact Statistics/Change Documents etc…

So if the system is populating the same every time and it is taking 10 seconds every time, obviously it is a time consuming process and imagine if the user needs to define the Campaign Automation settings also, how pathetic the situation is.

In generally the end-users will create so many orders per a day. He needs to fill so many details of the customer under different assignment blocks. In that is the case the user may not feel so good.

Below screens are the examples for the same: 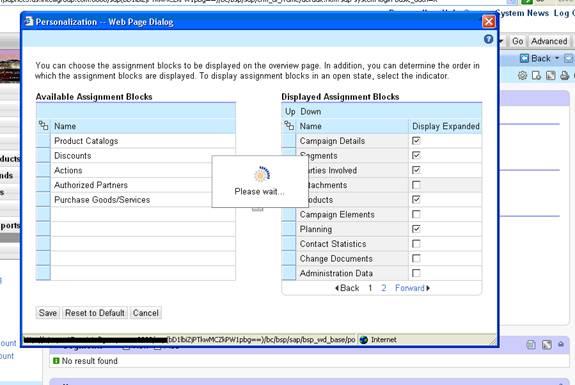