The Transaction In The Lake (Part 3)

Before a detour into transactional profiling, I was looking at the smoking gun at the end of Episode 1 of this story of a runaway program.  I started looking at something simple, alias “VL02“, and ended up looking at a suspicious SQL trace.

I got a tipoff from my Basis squad contact that the evidence was buried in the old case logs, commonly known as (cue Dragnet theme), “OSS“.

The day before Thanksgiving (in the U.S.), a perfect time to browse through old mug shot files. My tip-off led me to a note called Profitability Analysis: Technical Documentation, dated way back to the prior century. Talk about cold case files!

Sure enough, the symptom read, “Performance problems on table CE4xxxx when posting data into CO-PA” – can’t get much of a better match than that.

Fingerprint of the SQL statement:

Yup, that’s our suspect, all right. Then the note talks about the standard secondary index, containing:

It goes on to say this is only an example, or guess, as it were, and customers should customize an index to suit their design. There is further discussion of what to include in the secondary index, and why.

I don’t agree with a lot of that discussion.  For example:

“The fields MANDT and AKTBO must be the first fields in the secondary index, otherwise the database system reads the primary index instead.”

This is definitely an urban myth, established so long ago no one can explain why.  You’ll see later on this article why we can throw that myth out the optimizing window.

“Use as few fields as possible in the index. Each additional field takes disk space and worsens performance. The sequence of fields in the index is not relevant for finding segment numbers. However, by choosing the sequence carefully, you may be able to support some other read access.”

I’d amend this to something like “use the proper fields in the index”.  Again, you’ll see what we chose shortly.

There are important warnings that tuning the secondary index for the CO/PA write function could have side effects on other reports.  Always a good thing to keep in mind.

The note concludes with a review of 1990s (or earlier) technology to improve I/O performance by “striping” data on disks.  I’ll let that one alone.

I waited to get back with the DBA squad until after the 4-day weekend, and a copyback was completed.

After analyzing the indexable column frequency distribution, our lead DBA built a secondary index in the following order:

Each column has more than 1 distinct value; in other words, we’ve skipped MANDT and AKTBO. While the note warns about size of index objects, both the standard ~1 and custom ~Z1 secondary indexes are about the same size (5.5 GB vs 5.4GB) and our new one is smaller! At the moment, anyway.

The preliminary explain plans showed the suspect statement would use the new index (how could it not?).  The next step was testing our hypothesis that this will reduce VL02 runtime.

The top part of the diagram below is the explain plan (SQL statement cache analysis) showing the optimizer picks index 1.  It’s from our test system.

(chopped off for improved formatting?)

The bottom part of the image above shows our production system, with the same SQL statement hash value, and the optimizer picking the 1 index.

The image above shows the test explain plan, after the new index was created.

It’s not obvious from these plans that the I/O savings will be significant, as the only major difference might be estimated I/O costs of 2 vs. 1.

After communicating the test requirements, I looked in the SQL cache in our test system on Monday morning, finding these results:

Time is a precious commodity, and building an index on a 50 million row table is not instantaneous.  What our DBAs plan to do is build the production index using a “parallel 8” clause, prior to the actual transport hitting production.  That gets the index built in a hurry, and avoids slowing down the total import process (meaning business down time) because Oracle recognizes the index pre-exists when the transport hits, and signals success immediately.  We haven’t found a way to include parallel 8 in the transport, and running it in a quiet time is quick (under 10 minutes in test, with fewer CPUs than production has).

We suspect that the increase in run time has been gradual, as the CO-PA objects have grown for yet-undetermined reasons.  The archiving documentation say these can’t be deleted unless all related records have been deleted, so we’ve got work ahead to get this growth curve under control. 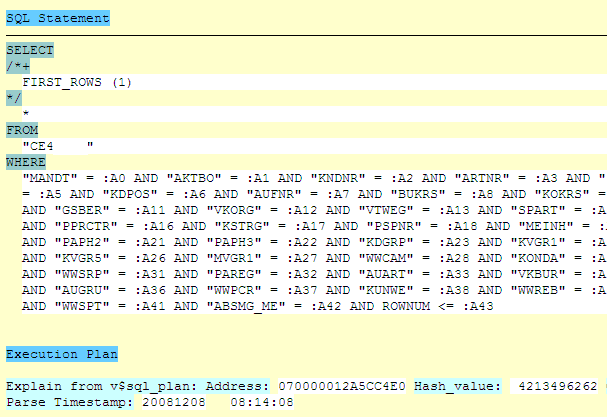 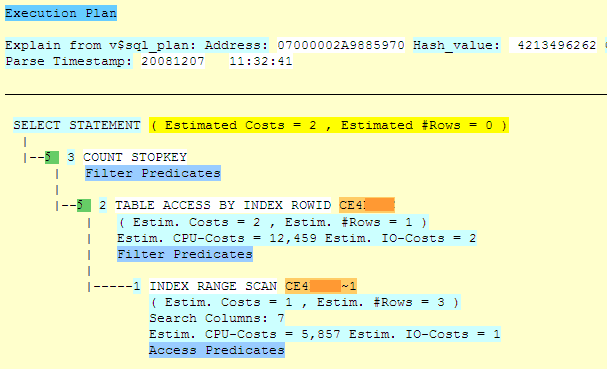 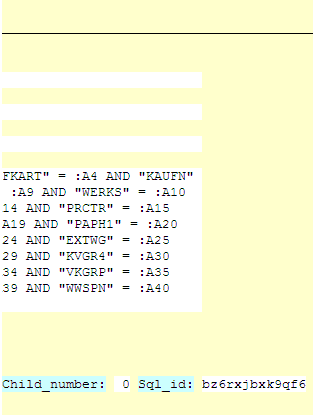 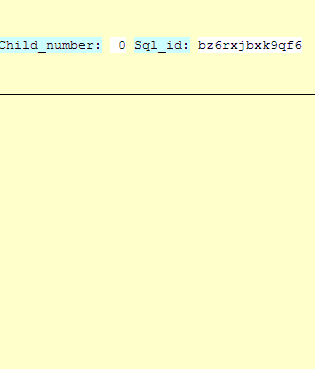