I had come across this requirement in which I had to filter Employees based on department Id. I had configured a file-to-file scenario in which I was sending Employee data that was filtered based on Department Id.The structures, which are used to explain this scenario, are not the same as I faced during real time but symmetrical one.

Before configuring this scenario I was not able to differentiate between the two UDF Execution types i.e. context and queue. During this scenario I had to write a UDF and I came across the different behaviors of the two types. I would like to share my experience with fellow PI consultants.

Below are Source and Target structures. 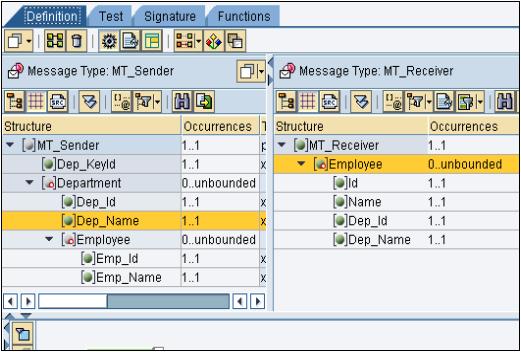 Following is the sender data file, which contains,

Dep_KeyId: To detect which Department Employee should pass. 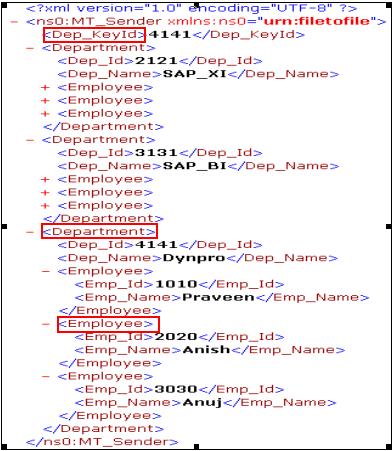 When we create any UDF we can see, three cache execution methods,

Value is used to process individual input values (i.e. like a single variable) of a field for each function call.

Context and Queue are used to process multiple input values (i.e. like a string array) of a field for each function call.

Let’s see how the concept of Context and Queue is differing from each other.

As shown in Fig.5, This UDF requires three inputs.

Importance of Context Change node for this requirement:

There are a number of Departments and each Department has number of employees. Therefore employees can be classified on the basis of their department. Context Change node distinguishes employees based on their Department.

As per our structure, we don’t have any common key between Department data and Employee data, so we can identify how many Employees are there in a Department, only by detecting Context Change node from Employee data.

Working of UDF in case of Queue and Context:

So the output will look like the one shown in Fig.5

This is possible only if the UDF logic could detect the Context Change node. It could happen in case of Execution type is Queue.

We will see practical example of Queue and Context afterward in this blog. 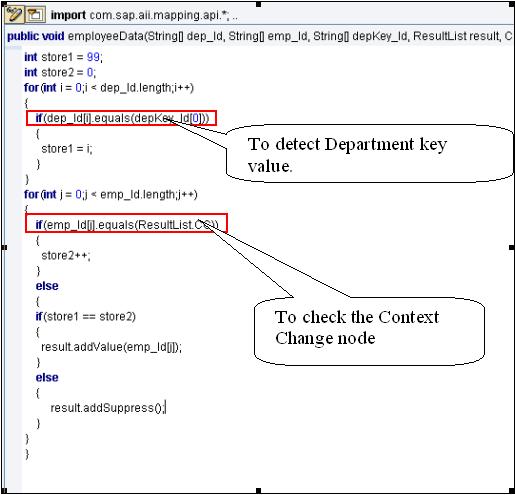 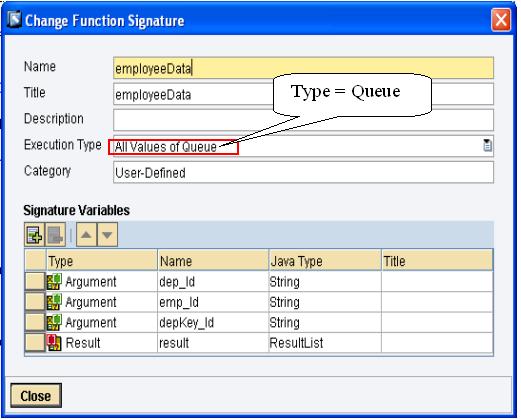 Following is the output for UDF in standalone testing.

As the execution type selected is queue, the context change node in the input data is reflected in the udf logic. Hence the department Key Id was properly compared with the department Id and we were able to achieve the desired output. 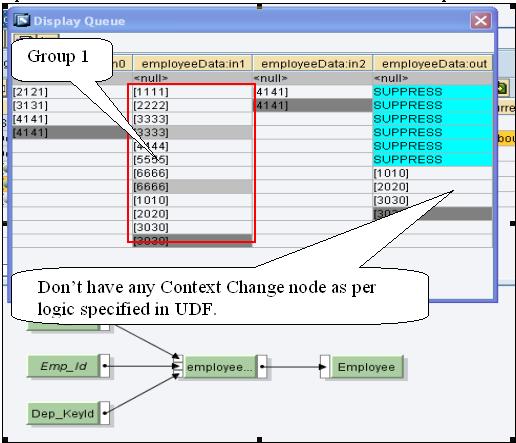 As we can see the employee data is divided in 3 groups corresponding to three different department Ids. If the context change were not reflected in the udf then the employee data would be in a single group and hence it would not be possible to differentiate the data based on department id.

We can see the Employees with Dep_Id 4141 are displayed in output. 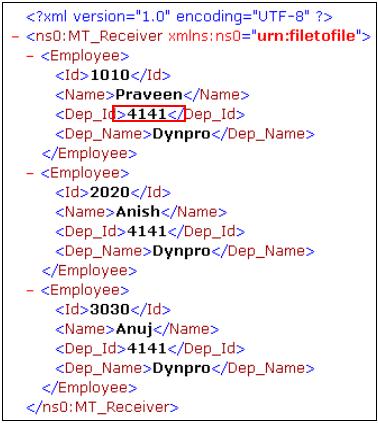 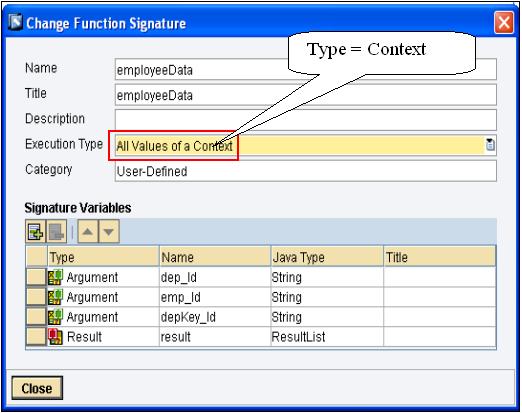 In this case the input to the udf will have employees distributed in 3 groups, but as the execution type is context, the context change node will not be reflected in the udf and hence the employee data will not be classified appropriately. 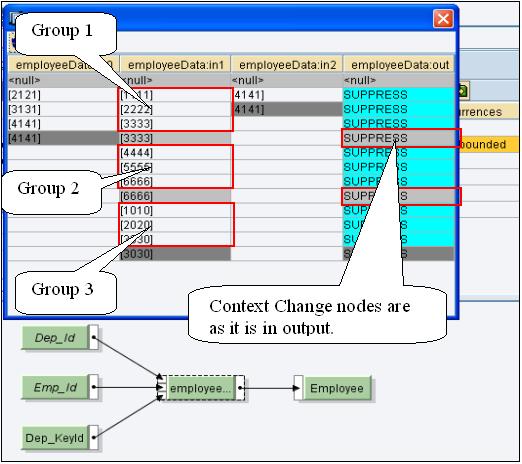 Following is the output file. 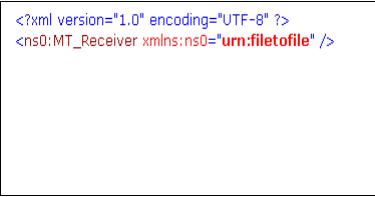 Nice explaination for "Queue" option of UDF. Would like to see some information on "Context" usage with a business case.

Former Member
December 9, 2008 at 7:35 am
Nice bolg, clearly explains the difference between context and queue in UDF.

Daniel Graversen
December 9, 2008 at 11:06 pm
Hi,
Thanks for a nice explanation of a complex problem, which I often try to avoid.
/Daniel

I tried the same by providing value for Dep Id in-between the queue, but could not get the desired output.

the third argument to the UDF is to be the Header department id. It is also an array of strings but it is really only one value . That is why the first loop in the UDF compares to the 0th element of this array to determine the index of the department-context containing the employees that are to be retained.   In case you map the (lower) Dep id to the third parameter. You will retain the employees of the first  (lower) dep id(=2121) in the output.

I followed the steps mentioned above. But not getting the desired output when all the employee data contains the same Dep_Id same as Dep_KeyId i.e. '4141'.