I hope you followed my blog series so far. If so by then you should be able to create Crystal Reports and Web Intelligence content on top of SAP NetWeaver BI and SAP ERP.

This time I will focus on very important features of our BusinessObjects XI Release 3.0 for Web Intelligence, which is Change Management for OLAP Universe.

In the Universe Designer in the menu “View” you will now find the item “Refresh Structure” which allows you to update the OLAP Universe based on changes – to take an example – in the BI Query.

The following is a concrete example:

I created a BI Query which contains two characteristics and some keyfigures: 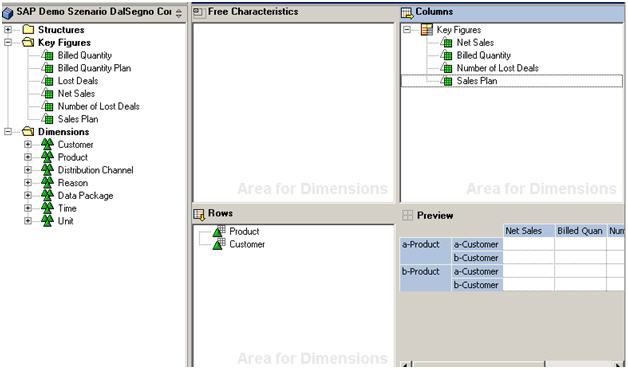 In the next step I created a new universe on top of this BI query: 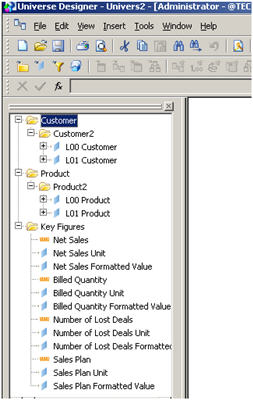 –          Adding a variable for characteristic Product 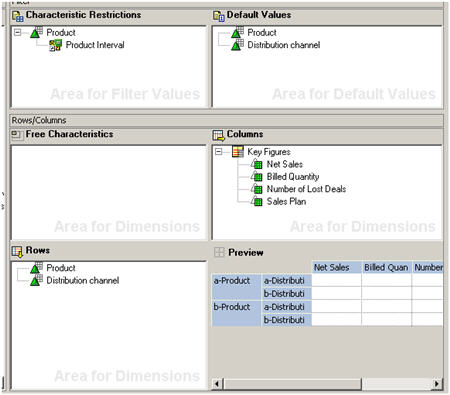 And I change the keyfigure “Net Sales” in the Universe to have the description “Net Sales Revenue”.

I now go to the menu View > Refresh Structure in the Universe Designer: Based on the changes I did to the BI query the Update wizard shows the summary of the changes that will be done to the universe.

In addition the customization of the name for the keyfigure Net Sales has not been changed back based on the choices we made when starting the update wizard. 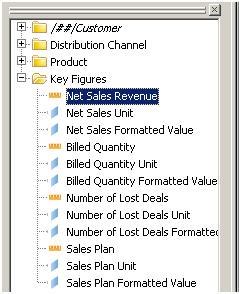 So the universe has been update in the following way:

o   The variable has been added as a filter

o   All customization have not been changed

There is a setting in the connection dialog that plays an important role during this workflow: 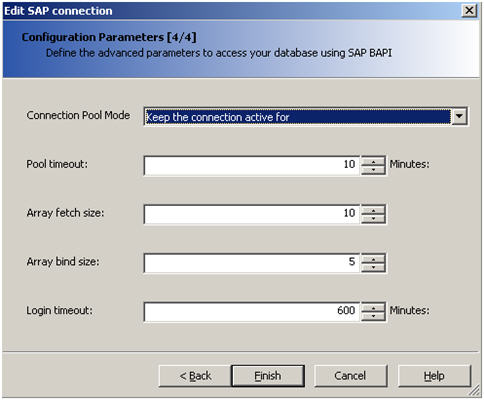 The setting for the Connection Pool Mode allows you to configure the underlying connection for the universe. In the case where this setting is – as an example – set to 10 min you might experience a behavior where the update wizard is not receiving all changes you did to the BI query when doing the steps directly after each other.

This is because the OLAP BAPI interface builds a metadata cache on the client side every time a connection to BW is established. This cache is only emptied when the connection closes.

When working in parallel editing SAP BW Queries and mapping new universes to these queries, it is recommended that you close Designer (so that universe connections are also closed and the metadata cache is emptied) before building any new universes to take into account changes that were just made on the SAP BW Query side

By using the universe designer in combination with the update wizard you are able to build OLAP Universe, customize them based and your needs and requirements plus keep them up-to-date in a very simple way.

I hope this gave you a quick introduction to the update wizard for OLAP Universe and I would like to hear from everyone which topics are of most interest around BusinessObjects with SAP so that we can share the knowledge in this great community.

Good stuff you are posting here. I just have one question. When you modify your charictaristics, for instance remove the L01 and moving them to the upper class, in order to be able to drill inside the class, and then do a refresh - ALL your modification will be hidden, and furthermore you get a /##/ in front of all your modified classes and objects... So you have to do all the renaming once again... Have you ever experienced this - and do you know of a solution?

Ingo Hilgefort
Blog Post Author
October 16, 2008 at 5:08 am
Hi Andreas,
when you start the refresh you are asked what you would like to do with the custom changes you did and when you check all the items to Keep it should actually stay as you changed it

I would like to know about how to create custom objects in universe side. I tried creatin new dimension objects and key figure ojects by referencing the objects available. Like in Select adding "@Select(Key Figures\Sales Revenue)". But if I give this parsing fails.

What is the best practice for ARRAY BIND SIZE parameter?

I have a doubt about how much set in it.