Eclipse has been live on one version or another of SAP CRM 3.0 – CRM 4.0, since 2003.  We rolled out the SAP GUI based Interaction Center for Sales, and Customer Service in order to track prospects and customers and all associated activities.  We also rolled out Campaign management early on in order to send out email blasts to our account base and to replace a less than reliable ACT! system.

All of the SAP CRM system releases have been functional, but never well accepted or particularly liked. Out of the 80+ users we have in the system, there were only about 10 users that could comfortably navigate within – it basically had become “shelfware”.

It is and was always about the User Interface…

In late 2007, the sales management team asking for a better “sales” solution tool. They had seen and proposed going to a Salesforce.com solution because it was instantly understood and management could better view what leads they were actively pursuing.

The ROI was simple, if we could increase usability to  help sell  just one more aircraft -it would pay for itself!

Reviewing Salesforce.com it was apparent that the usability would be high, but the integration already established with SAP (HR org structure, material master, customer master, equipment records, Adobe forms integration) would have to be developed or dropped. Moving away from SAP did not make sense from a data or integration perspective.

The Eclipse Aviation internal SAP team had seen the SAP on-demand product and instantly saw usability improvements.  We asked our SAP account representative about what version supported the new User Interface (UI). We were told that it was an interim release version that was currently in Ramp-up: CRM 2006s.  We applied for ramp up immediately. (We have participated in Ramp-up projects in the past and are comfortable with the process and the risks associated.

In January 2008, CRM 2007 came into ramp-up and we switched our request to that version.  We finally received the software in mid January and had a Sandbox loaded for testing late in January.

We called it a Technical Upgrade +:

The Rollout and reactions

We went live March 24th 2008 with the following functionality: 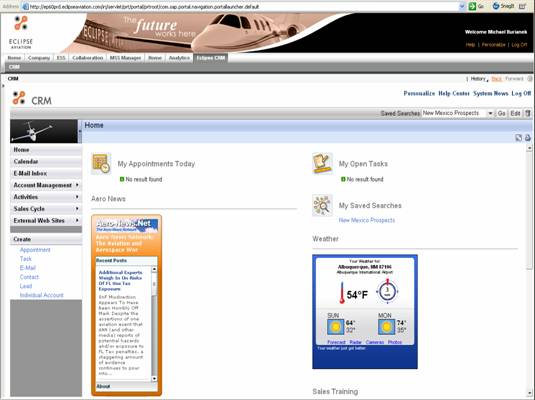 We did redo some of the UI enhancements to rename a few fields, take some fields away, and make some mandatory.  No programming was required to accomplish this – it was all done using standard configuration using the Component Workbench. Early on, we realized that this was going to be the case that is why we planned for an SAP UI person to help with the project. 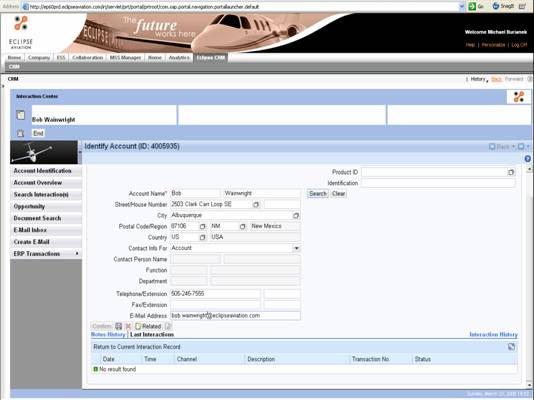 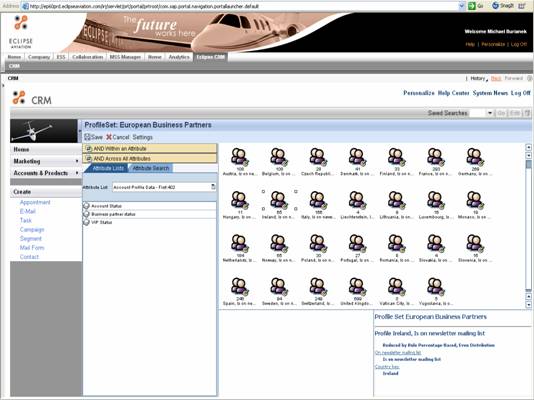 Also, we retained previous functionality of having offline Adobe Interactive forms for Prospect capturing for our sales people.

An immediate and overwhelmingly positive response!

We met the goal of retaining the features and the integration of SAP CRM while providing the users with a UI they liked and are comfortable with.

“This is nice and long overdue” -sales representative

“Wow…that is really cool;  I didn’t know SAP could do that.” Director commenting on the ease of sending an email campaign.