In case you missed the first parts of my blog series I have included the links to them here:

BusinessObjects and SAP Part I

In my previous blogs I did focus on how Crystal Reports can leverage data from a SAP BW or from a SAP R/3 system.

In the next couple of blogs I will focus on how simple it is to use Web Intelligence on top of SAP BW. 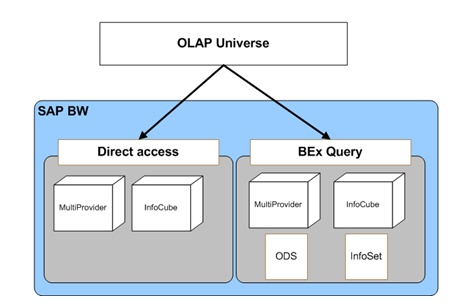 Universes allow the user to create a rich semantic layer (metadata) on top of the underlying datasource and share this data representation with all users.

To be able to use Web Intelligence I first have to build a new Universe based on the SAP BW query.

To build the universe I have first to create a new connection based on the SAP BW connection type. 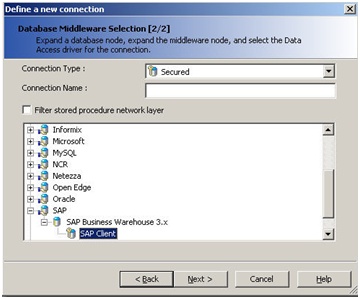 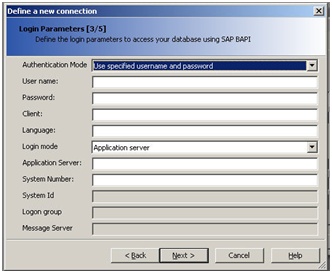 The option “Authentication Mode” allows to specify the type of authentication that will be used for this connection. I am able to specify to use a specific user and password or to use Single-Sign-On.

In the next screen I am able to browse all available cubes and queries from the BW System. After I selected my query I can build the universe. The Universe Designer is retrieving all available metadata from the SAP BW system and is creating a new Universe.

I will try to explain how the universe is matching the objects from SAP BW based on a concrete example. 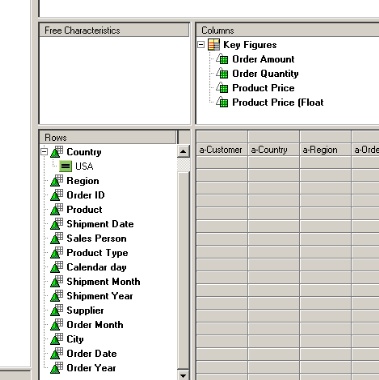 This query contains several characteristics in the rows, several keyfigures in the columns and a filter for the characteristic Country (value = USA).

A new Universe based on this query looks like shown in the image below. 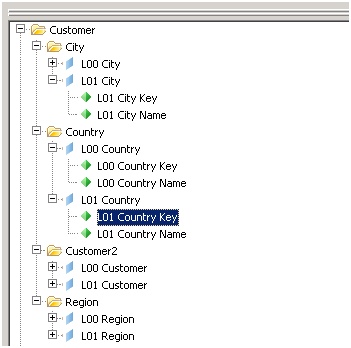 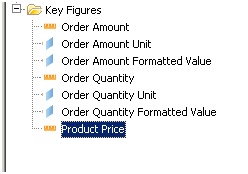 After I create the new universe, I can export the universe to the BusinessObjects Enterprise platform. After doing so I am able to use Web Intelligence to create a new report.

I am starting InfoView and use the SAP authentication method so that I can use my SAP credentials and will be able to achieve Single-Sign-On. 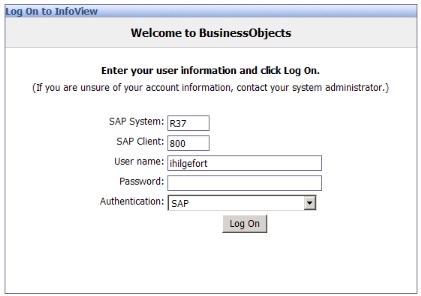 In InfoView I start Web Intelligence and select the universe I just created.

In Web Intelligence I can use all components from the universe to create a query and a report. The query defines which data is being retrieved from the BW system and the report defines the layout. 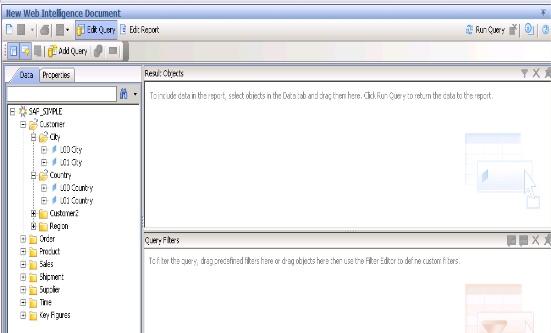 In the area Query Filters I can create additional filters for this report.

After executing the query the data is presented to me in the report. 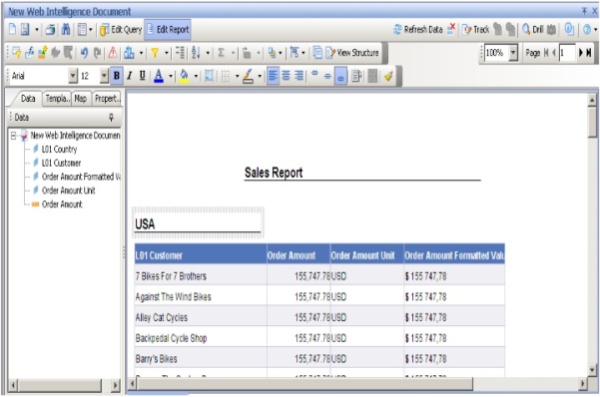 I hope that this short description gave you a good overview on how a Universe and Web Intelligence can leverage SAP BW queries.

The products I used for this are :

In the following blogs I will go into more details on hierarchies, variables, attributes, and structures and how they will be leveraged in the universe.