SAP TechEd in Munich another review…

Ok, you think this is just another review on SAP TechEd in Munich, but I think there are 900,000 SDN members out there and in Munich maybe there were 5,000… I don’t know exactly maybe there some official figures from SAP available. So I don’t think that the other 895,000 SDN members are at SAP TechEd in Las  Vegas, Bangalore or Shanghai, that’s why I want to review to these amazing days in Munich for all who wasn’t there.

On Tuesday the Community Day took place in Munich without me, because I had to work in the office… maybe next year there is a chance to participate. Anyway, at this Tuesday I was thinking about three great days in Munich with all the techies and SDN guys there in Munich and of  course a well organized SAP event, because all the colleagues which attended last year TechEd in Amsterdam told me amazing stories. So I was excited what happens the next three days. Tuesday afternoon my colleague, Todor Petrov and I left the office in Heilbronn to go by car to Munich. The check in was on Tuesday from 5 till 8 P.M., we arrived at 7.50 P.M. because there was a lot of traffic on the way to the Congress Center and the navigation-system of my colleague seems to be older than the Congress Center, so we had first to call the Congress Center hotline for the right direction. Then on the highway there were the signs with SAP TechEd on it… We had luck and the check in was still open without any queue. We checked in and enjoy the welcome beer… The parking wasn’t expensive only 7.50 EUR for 40 minutes… 😉 So back to the city and the hotel check in awaits us… After we have done the check in, we met other IBSolution colleagues from our Munich office for meal and beer.

Next day I was so happy that we had checked in the day before, because there were hundreds and quite long queues at the check in… I think not everybody had checked in, when the keynote begun… Anyway, after a great ESOA animation Henning Kagermann did a great job on the stage and full filled the ESOA definition with life… then Klaus Kreplin rocks the stage with incredible 700 GB CDs and other innovative technologies… but then someone told him that this technology is just in development at SAP Labs and is top secret, that’s why he told us that the new development environment, called Composition Environment, is a little bit smaller with less function so that it fits on a 700 MB CD… for all of those who wasn’t there, of course I’m just kidding. It was of course a trip of the tongue.

The Live Demo was also incredible and this was really life because they got the same beautiful coloured exceptions form the Webdynpro application, which I already got on my development system. I thought yeah, this is SAP TechEd no fakes, because there are all the techies, who really knows the real developer life… 😉
Serious, it was a great introduction to ESOA and the vision of ESOA comes true!

You can alsodownload the keynote.

After the Keynote everybody was on the way to the first Hands on, lectures, useability tests, certifications, SAP Press and so on or just drinking the first coffee after a long check in queue… 😉

The first day ends after a lot of lectures, hands on and interesting discussions with other developers and consultants from Belgium, Denmark, Germany and so on with the DEMO JAM!!!

Craig Cmehil was responsible for the warm up on the stage and then the DEMO JAM started… In one sentence: A really amazing show with the latest innovations according to Nintendo technology… Of course SAP technology 😉

I think a video tells more then my words, check the recorded DEMO JAM. 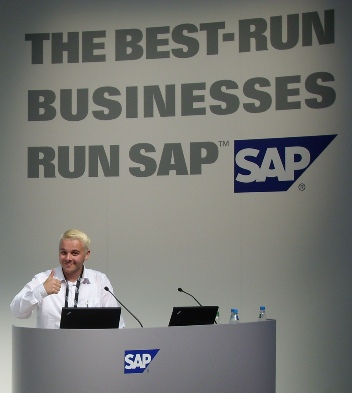 SAP TechEd’07 is the best place for SAP developers!

The second day was really hard for me, because I had eight hours hands-on sessions on my agenda for this day… but after these hours I could say SAP TechEd is the right place for developers, consultants and all the SAP techies for checking out the latest technology and discussing them…

After the work it was time for the SAP evening event with a great line up and of course with drinks, dancing, discussing with other developers and meeting the SDN contributors and I met Mark Finnern again after a month (check my blog about SAP Labs Palo Alto from September).

The great party ends at 12 o’clock and we heard that there is a SAP after hour party at the famous P1.

My colleague Todor and I decided to go there with some SAP colleagues. My colleague and me wasn’t on the guestlist for P1, but we had luck, because just decide to work for SAP and then we come in… 😉 I heard that this club is famous for the celebrities like Oli Kahn and the other soccer players from Munich… but this evening there were the famous SAP guys there and the prices was also exclusive, because SAP employees coin money… so we had to pay for three drinks only 50 EUR. So the party ends at 4 o’clock A.M. with a taxi back to our hotel…

Next day started at 7 o’clock A.M, after three hours of sleep… so I felt like a death man at this day.

My colleagues, Christiane Hofmann and Robert Herbert have their lectures at SAP TechEd. They did also a great job and after a hard tired day the SAP TechEd end at 4.30 P.M. and my colleagues Todor, Robert and me were on the way back to Heilbronn of course with the well known traffic jam around Munich. 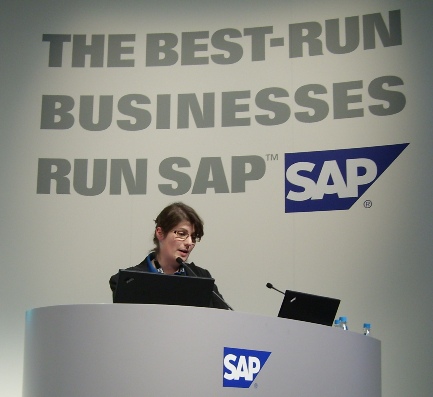 Everybody agreed that these three days was amazing and we all looking forward to check in at SAP TechEd 2008 in Berlin.