Although I heard a lot about Reference document in SAP xMII from the very first day I couldn’t find a good documentation or tutorial on how to use it and what for. Reference Documents in SAP xMII is an area less discussed and unknown to many developers, but if used wisely it can be a very powerful tool for the SAP xMII composite application developers.

As SAP xMII is positioned as the integration platform for all manufacturing and shop-floor connectivity operations with enterprise systems, many a times we may need to create a standard mapping (e.g. B2MML, OAG, etc) in SAP xMII using the BLS Transactions. The standards are usually defined by xsd in form of xml schema. While doing the standard mapping in SAP xMII we need to map data coming from different disparate systems with the standard structure. Here the SAP xMII Reference document can play a significant role.

There are two Reference Document action blocks available in SAP xMII BLS Transaction – Reference Document Loader and Reference Schema Loader. You can use these actions blocks to load any XML document or XML schema (xsd file) present in the ReferenceDocument folder in xMII installation, and can use its structure to create a mapping logic.

For example let us consider a case where we want to map the ISA95 B2MML messages with SAP RFC/BAPI using SAP xMII BLS Transaction. All the ISA95 B2MML messages schema are provided in SAP xMII 11.5 release under the ReferenceDocument/B2MML-V02 folder and can be accessed by the Reference Schema Loader action. Add a Reference Schema Loader action and configure the action as shown below: 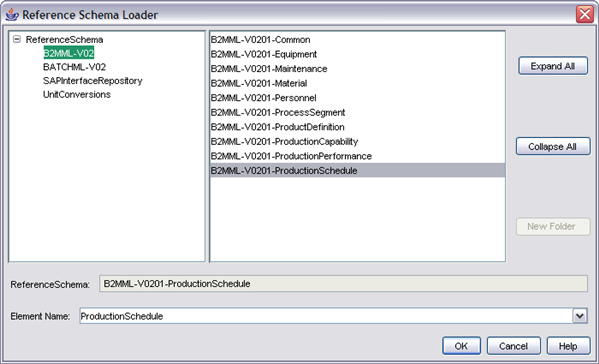 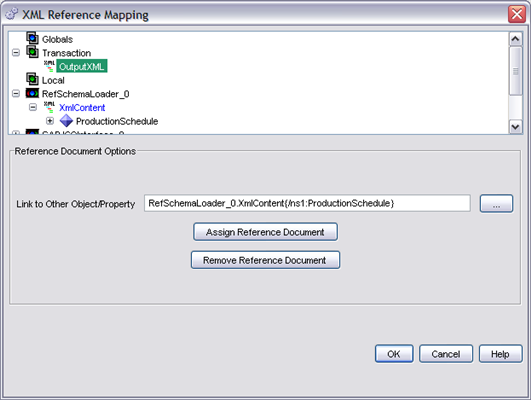 By this we have defined the structure of the Transaction parameter OutputXML same as the Reference Document structure. We can see this by opening the Link Editor of any of the actions. 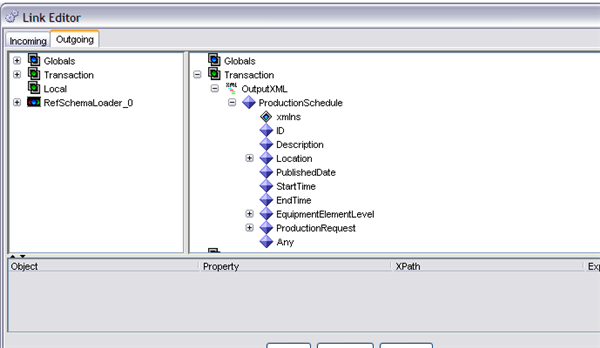