SDN Clubhouse and TechEd ’06 “wrap up” 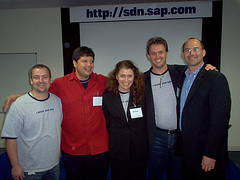 Ahhh finally a moment to sit down and blog about the SDN Clubhouse and the SAP TechEd ’06 Bangalore, lots to see, lots to hear and lots of fun!
final registration for Bangalore came in over 3,800 — a 40% increase from last year’s attendance of 2,700.

Isn’t that pushing Bangalore above EMEA now? WOW totally awesome! The whole place rocked despite how it looked the night before 😉 but that is every convention I’ve come to learn!  Now the the Clubhouse there was actually 3 times bigger than last year and I was a very lucky man to actually have lots and lots of help, even luckier considering I was dragged off to do Demo Jam stuff (dragged willingly) on the first day. 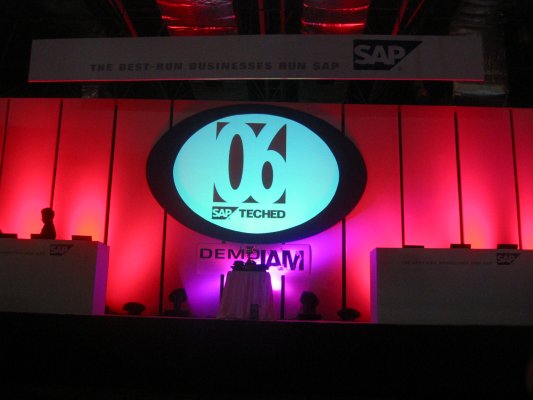 We also even had VIP seating for our top guys that were here. 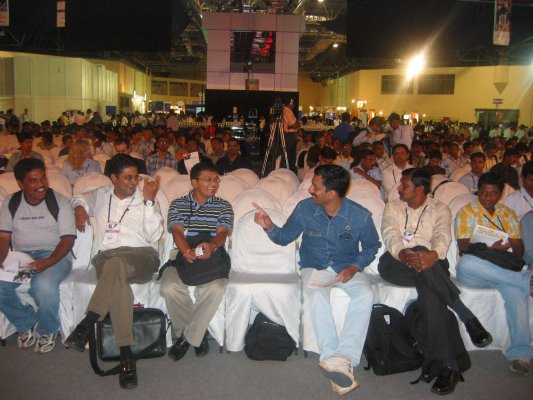 So as you can see things were slightly different here as the other locations but it was also one of those learn from the previous deals just like Amsterdam was slightly different than Las Vegas and next year will rock even more!  The Demo Jam videos from all 3 locations will actually be made available here in the next week or so on SDN so you can check out each one! I’ll blog more about the Demo Jam in Bangalore a bit later including the top 3 and of course the winner, that’s the first ever winner for this area!  So the real star in Bangalore though was Marilyn and the BPX Table, pictures don’t do it justice so I am working on getting some video online from how “on fire” that place was and Marilyn handled it all like the PRO she is and went non stop all week and into the weekend (until she hit the safari park that is)!  So time to relax a bit, at least until day two of my extended Bangalore stay which I will also blog about later…  So many blogs so little time!

Durairaj Athavan Raja
November 14, 2006 at 4:08 am
Sorry Craig, i couldnt make it on the last day. Did you guys had the SDN quiz this year as well?