SDN day took center stage at SAP Labs, Bangalore today.It all started off with the SDN folks signing in at the reception and getting into the “general session” all smiles with a brand new ” I made SDN Day” t-shirt in their hands.Craig and Mark kicked off with a session on SDN and BPX activities and gave an insight into the newer and finer aspects of the community.

This was followed by the ” Speed Networking” sessions were the SDN folks were asked to divide into groups at the cafeteria and have a discussion on themselves, their area of development, and their association with SDN.To make the discussion more technology specific, we were asked to reform groups according to specific technologies, and the sessions went on till lunchtime. 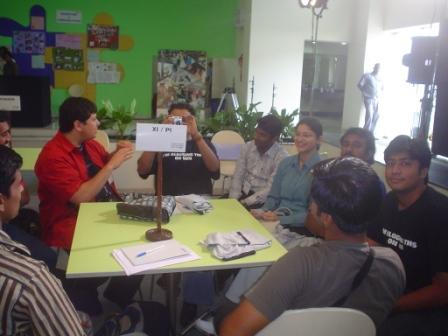 Lunch was ‘outta the world’ and the lavish spread was feasted upon in no time at all.:). Post lunch, the ‘Birds-of-a-feather’ sessions started, with four sessions running parallel per time slot.The thirteen sessions lasting close to fifty minutes each were informative, well-prepared, and to-the-point. 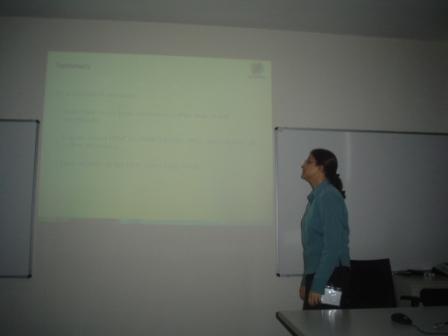 A Panel discussion on the topic ” Innovation and Technology” was next, with Kartik Iyengar, Prashanth, Hyder(from Zoho) and Mark Yolton on stage.The topic soon swayed to India’s contribution to technology and entrepreneurship on a world stage, with a huge number of the audience contributing their thoughts on the topic .

Finally folks, my favorite part of the day! The evening networking reception was the icing on the cake .The icing was made of beer though :).All the SDNers gathered at the lawn for a beer bash, with cokes and mocktails thrown in for the tee-totallers.A truly rockin’ end to an unforgettable day! 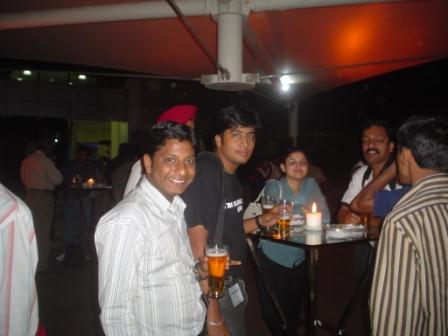 Bhavesh(left) and me at the networking reception

Craig was really upset though, that the turnout was not anywhere close to what he expected it to be. I am sure that the turnout for SDN day 2007 at Bangalore would be tons better. cheers, Craig!

Former Member
November 7, 2006 at 11:29 pm
Good recap of a very good day.  It was nice to meet so many enthusiastic SDNers from Bangalore (and as far away as Saudi Arabia).  Good discussions, lots of new people with difficult-to-pronounce names, plenty of photo snaps afterwards.

It's now the first official TechEd day and I was happy to have a dozen or more top contributors to SDN sitting in the row right behind me (third row, center) during the keynote in their special "Dignitaries" section.  Zia Yusuf (my boss and our Executive VP) introduced them and recognized them from the stage.  They got the longest and loudest applause of the morning from the 3200 TechEd Bangalore attendees.  Well deserved.

Right now the SDN Clubhouse and BPX table are PACKED with people.  Marco, Marilyn, Philippe, Uri, and Craig are getting alot of interested people and plenty of activity.  I hope they don't collapse before DemoJam...