Lately, I’ve had a lot of people ask how to roll out the new frontend tools. Initially, my recommendation was that it depends on the customer project and requirements. In general, after talking to a lot of customers, I realize the requirements are primarily the same as I was repeating myself a lot. Therefore, even though there are lots of options and ways to do this, here is what I find works well for a lot of customers. Given, a one-size-fits-all doesn’t work, but in this case, I’m finding a one-size-fits most. Also, there is lots of good information available on this migration within the BI FAQs. Pay special attention to a presentation that is out there that discusses the migration options. Also, recently, we did a webinar on this topic. Here is the slide deck for the webinar: Migration Options. We’ll have a podcast soon which we’ll attach to this BLOG as well.

What are the ground rules?

There are three primary tools when converting. The BEx Query Designer, BEx Analyzer, and BEx Web Application Designer. Below are the ground rules for converting.

How do you roll it out?

In general, I think a phased approach is best. That being said, I typically will only use one version of a tool at a time. Here’s what I find works best.

Why do it this way?

The reason I’m saying to do it this way is because it minimizes complications. You aren’t confusing your users by asking them to use multiple tools at the same time. You aren’t worried about backwards compatibilities or accidental migrations because you are using the new tools. Therefore, this approach simplifies the migration path to the new tools. You don’t have to worry about converting back to the old version or wondering which user is using which version of the tool. This is especially important for customers who have lots of queries and workbooks. Also, to have small highly defined projects allows the development team to focus on short term projects that can add immediate benefit to the organization.

What are your user communities?

One major thing you should take into consideration is that the vast majority of users will NOT be using design tools. All they do is execute workbooks or web templates. Therefore, there is a minimal impact to your the majority of your users. They don’t care about the new SAP NetWeaver 2004s versions of the BEx Query Designer or BEx Web Application Designer. All that matters for them is a switch to the new SAP NetWeaver 2004s BEx Analyzer when they need to use new workbook functionality. If the old icon is gone and the new icon shows up, this will be minimal impact to them as well, other than they have lots more functionality 🙂

One of the other big considerations is whether or not you allow any power users to build “adhoc” queries in production using the BEx Query Designer. If you do, the approach I suggested above helps minimize impact as you’re only allowing one version of the tool at any given point in time. If you do not allow this, then a hybrid approach where you have both versions will still work as everything is being built in Development in a controlled environment. In this scenario, you would need both the 3.x and 2004s tools to support the BW 3.x queries (for production support) and the SAP NetWeaver 2004s queries for new development. In that case, there would not be a cutover.

Is the Report Designer an end-user tool?

This depends on your scenario. I’m sure there will be users in the financial community within your organization that would benefit from using this tool for formatted Income Statements. There is a security object S_RS_EREL that allows you to control access to building formatted reports, so it can be used by end users in production if needed, but this alldepends on your requirements.

Some other relevant information

In general, the new tools offer lots of benefits. Sure, there may be things you used to do in BW 3.x that are different or not yet available in SAP NetWeaver 2004s BI, but the new runtime is wicked cool. It solves a lot of challenges we had in BW 3.x, and I definitely view it as important to make sure this migration goes smoothly. Therefore, I hope this will help!

Special Thanks must be given to all the people who helped out with this: Marc Bernard, Tobias Kaufmann, Bryan Katis, Scott Cairncross, Ron Silberstein, Derek Johnson, as well as many other SDN community members who have been asking questions about this on the SDN forums. Also, special thanks to the customers I worked with on this strategy (you know who you are)… 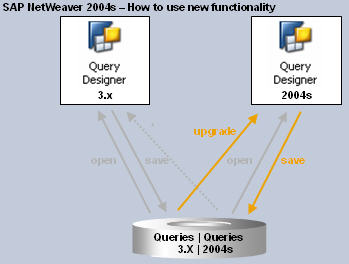 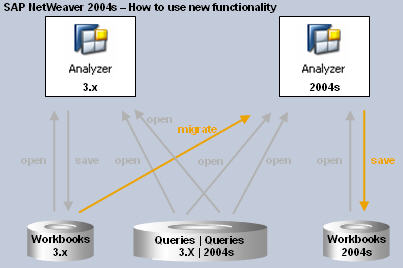 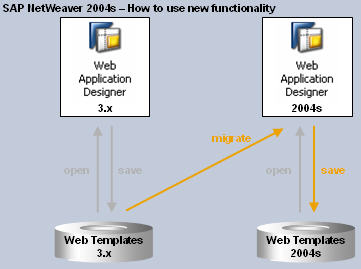 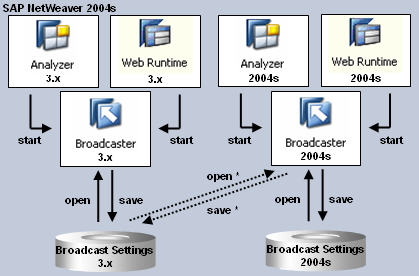