This is a story about old Mr. BPM JIM also known as BPM enGINE.
He was the fastest gun in the West (probably also in the East…)
and no one absolutely no one could stop him…

There were many brave who said:
“I will! I will stop this monster once and for all”
They’ve tried….with little success, some of them preferred
to use their old granparents’ methods of STOPping the bad
old BPM JIM by stopping the whole world of Mr. BPM
other, more sneaky tried to use new methods like
the famous one, two, three (you stop me)
893218 – BPE HT: Shutdown/start of Business Process Engine
but JIM was always faster… and all those who tried
regretted dearly, that they decided to come across his way…

Then one day at dawn…. who was he? No one knew… but he knew what he came for
He shouted: “Hey BPM JIM!”
and before the fastest gun in the West blinked his eye
he was stopped… 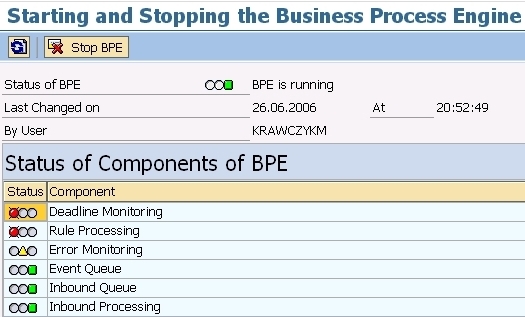 but that was only the beginning….
the new guy knew that the old BPM JIM had a son…
he was young but very… how to say…incosistent
Most of the time he was a good boy – not like his father
the BPM JIM but when he got angry he became a real moster.

“Not in my town!” said the newcomer and called his friend – IDX_CHECK_METADATA – known as “the cleaner”.
He tried to find the boy for 5 days and 5 nights
but when he finally caught him he did his little magic
and showed the boy what he had to CHANGE
to become a better person. 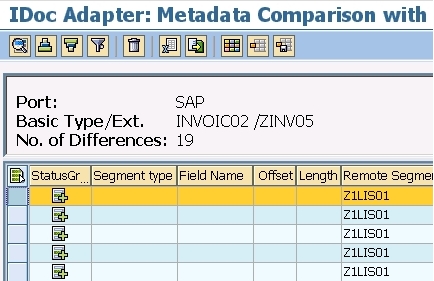 Mr. SWF_XI_ADM_BPE become a new sheriff in this town
and whenever he had any problems he used to call
“the cleaner” – IDX_CHECK_METADATA to do his magic once more…

Starting and Stopping the BPE

This is a great way of introducing mundane, booring activities in an exiciting way.

nice to hear from you :))))
and that you like my unusual weblog 🙂

thank you very much for the support:)

glad you liked it:)

Well we in XI are not only serious about it but also humour too 🙂 and yeah forgot to say something .. nice blog Mike !!!

Nice blog with good explanation... in a different manner....

U havent said that u r a good cartoonist... 🙂 Picture is also nice.. ( but difficult to identify that its a dawning sun.. ;-))

I have many other talents as well...
I can sing!:)
just wait for my Podcasts about XI!
LOL:)))

I guess not everyone can see "the boa constrictor eating the elephant".

Those who call the picture a hat are either too grown-up or have limited imagination. 🙂