Replace the code, so the whole subroutine looks like the following.

The following is a code I placed into the CommandButton1_Click subroutine.

There are also several routines and a function.

The code copies the report’s header and footer without changes (with appropriate column width and row height). Then rows of the report are copied with applying of the format in the format row.

In the beginning of the routine the code tries to determine the numbers of start and end rows and columns by using global variable gResArea that was filled out during the workbook refreshing. If this variable is not set (for example, during the 2nd run of the program while debugging), the numbers saved in the 2nd row of “BEx” worksheet are used.

The whole code, I believe, is rather universal. It might be not perfect but it works.
If your report’s output is not complex (similar to that shown here) you can use the code. All you have to do is to change the report’s header and footer in ‘Template’ worksheet and change parameters enclosed by asterisks and with the comment “ PARAMETERS TO BE CHANGED” (in CommandButton1_Click subroutine).

There are some notes regarding these parameters.

I used to format much more complex reports. For example:

To return from Visual Basic editor to Excel you can either click on the appropriate window or use the Excel’s menu path: View -> Microsoft Excel.

To run the formatting, click on the ‘Exit Design Mode’ icon.

Now clicking on the button will execute the code.

After you’ve done everything described here, you can save a new workbook giving it the description and technical name. 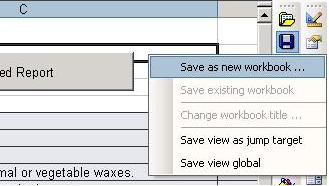 The output of our formatted report is nicely looking. The header a little differs from the template since I had to decrease the columns width in the template after report formatting for better visualization in the blog. 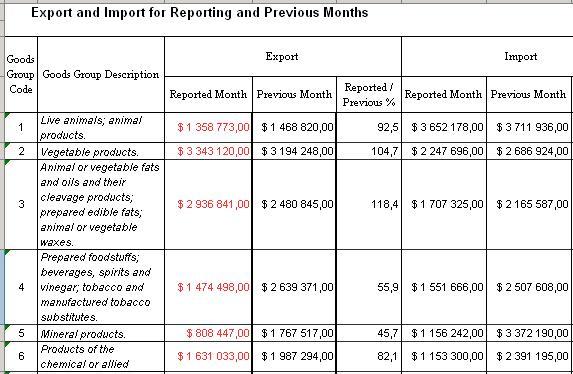 Pay attention to the fact that this is a static report, as needed for print. Drilldown of the BEx output and the appropriate changes of the formatted report are not supported. For this you must write much more sophisticated code.

In the output we have both, lowercase and uppercase letters, though we didn’t set any ‘Lowercase Letters’ flag in any of our infoobjects for long texts. It’s another advantage in using the long texts modeling scheme described in the first blog.

However I have a very simple issue - I just don't see this "SAPBEX" module you are mentioning at the very begining of your post. Not even thinking about SAPBEXonRefresh subroutine I wanna use.

"Module1" module is created when I add a module to my workbook. In this Module1 I'm adding then SAPBEXonRefresh subroutine. When I restart RRMX or Refresh the workbook, then the test code within the SAPBEXonRefresh is not being executed.

Do you have any idea what it might be that I'm missing.

Thanks in advance!
With regards,
--- Kaspars

Have you set an Excel security, as mentioned in the 1st part of the blog?

Try to insert SAPBEXRefresh sub and see if it works during refresh.

Come back with feedback.

However your first reference had the solution (part of it)! It seems that the issue was that I had to switch to Design Mode; -> then select Workbook Settings; and then in the tab Exits had to enter a name of the macros (i.e. SAPBEXonRefresh).

Second part was that in the same Workbook Settings windows in the tab General had to check "Refresh Workbook on Open" flag. Once done that, then it indeed showed the result of test code on open (otherwise only on refresh).

So, thanks a lot for your help!

P.S. I've never have given points in SDN yet; didn't seem to be very obvious how to do it. Maybe you could give me a hint ... thx!

I'm glad that was of a somewhat help to you.

You can reward points to the answers to your questions posted in forums. Blogs are somewhat different.

Good luck in your work!

i am use VBA code for making the formated reports, now i have big problems.

Long text have media 255 a 300 Characters, using any values ASCII.

Any idea for my problem ?
Thank you for you time.

Former Member
November 15, 2006 at 11:47 am
Eugene, i not know how edit my post, i am lost say you.
i need capture the 3 big texts from BPS web planning folder for the zcostcenter value.