The questions about representing in BW the texts longer than 60 symbols almost disappeared in BI forums. I hope that my detailed posting with explanation of how to do it was not the least reason of it: Re: Increasing the length of Infoobject from 60 to 240 characters However, the questions about formatting workbooks and representing long texts are still there. It was the main motive for writing this blog. I’m going to demonstrate how to show long texts in Business Explorer Analyzer. Also it is to be an introduction to formatting workbooks in Excel using Visual Basic for Applications (VBA) code. The code is based on the modeling scheme for long texts that I proposed in my posting. That’s why I’ll explain this scheme again as a prerequisite for formatting with my VBA code. As a side effect, It’ll be shown how to use a flexible infosource for simultaneous upload of texts and attributes (master data). Suppose, for simplification, that we need to keep in SAP BW the long text (description) with length of 240 characters and show this text in Business Analyzer workbook. I often encountered such an approach when this long description has been cut in four parts, 60-symbol peaces each (due to the well-known limitation of SAP BW), and been kept as characteristic values of four infoobjects, type of CHAR 60. I don’t like this approach, because:

All this is enough for me to come up with another approach. I also use four infoobjects (hereinafter referred to as IOs). But, the peaces of the long text are kept in the long texts of the IOs, not in their characteristic values (keys). We will create three IOs and assign them as attributes of the one, basic (master) infoobject. The advantage of this – we don’t have to pass to the infoprovider all four IOs. We load in there just one, master infoobject. I will demonstrate it on the example of the long description of foreign trade goods groups. The picture below shows an Excel file prepared for data load. Notice, that some description lengths definitely exceed 60 characters. 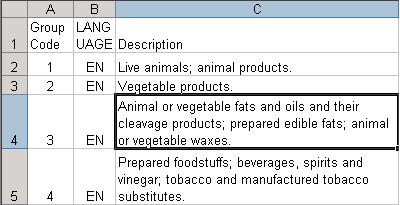 So, here we go. First, we create an infoobject for the 2nd part of the description. There is no need to create it as CHAR 60, because we will keep the peaces of the long description (60 symbols each) in the long texts, totaling 240 characters maximum length. It is even more convenient to determine each IO as NUMC 2 (the natural code of the goods group). 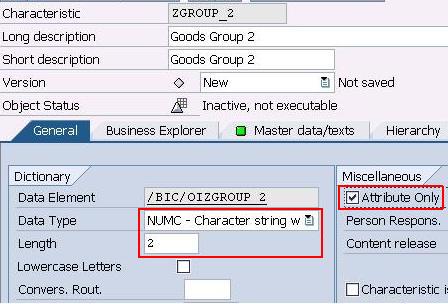 Since we are not going to use the peaces of the long description for displaying separately, sorting or analyzing; we declare them as “Attribute Only”. Uncheck “With master data” flag since our attributes will not have their own attributes. And you see also that our texts are going to be language-dependent. 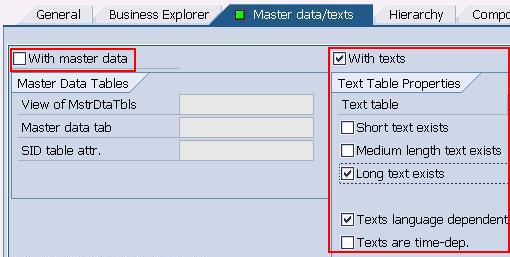 Create the 3rd and 4th parts, ZGROUP_3 and ZGROUP_4 infoobjects similarly. Finally, create the master/basis infoobject ZGROUP_1 which will have all the three created earlier infoobjects as attributes. The master IO has the same type and features, except the following: 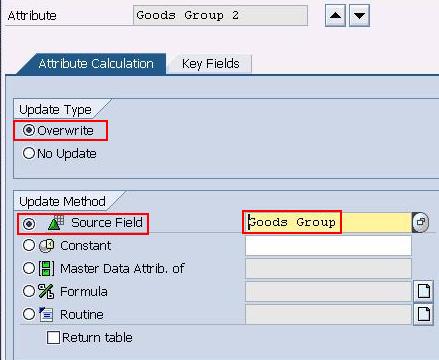 Click on the “Key Fields” tab to make sure that the source field for the Key Field has an assignment as shown below.

Repeat the same procedure for all attributes. Now all grayed out crosses should look like green triangles. Activate the rules. 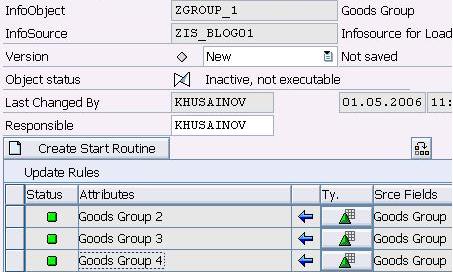 Create URs for the text data target of ZGROUP_1. Click on the grayed out cross.

Again, choose “Overwrite” and “Source Field”. Make sure that you choose 0ADDR_LINE1 infoobject as a source field. 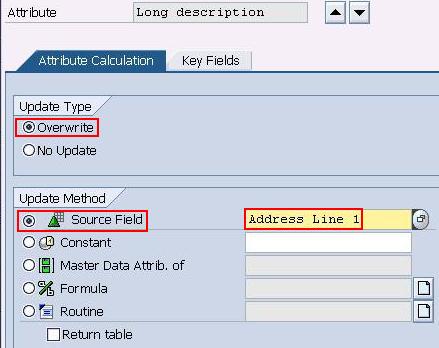 The “Key Fields” tab will have two infoobjects. Leave them as they are.

Repeat creation of URs for ZGROUP_2, choosing 0ADDR_LINE2 as a source field.

One of the rows in the “Key Fields” tab will have the blank assignment.

Repeat the same for the rest of the text data targets, selecting appropriate infoobject for the source field of Update Method and ZGROUP_1 as the source for the Key Field. Create an infopackage. Make sure that you see in the “Data Targets” tab all five targets, four for texts, and one –  for attributes. Load data. In the Infoobjects area of RSA1, from the context menu of ZGROUP_1 execute “Manage Master Data” option. You’ll see that the long text has been truncated, and all attributes have the same values as this infoobject’s characteristic value. 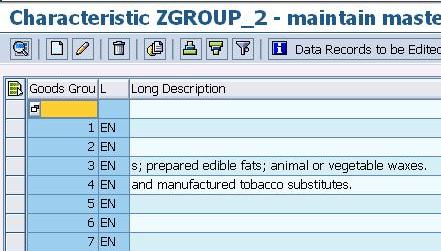 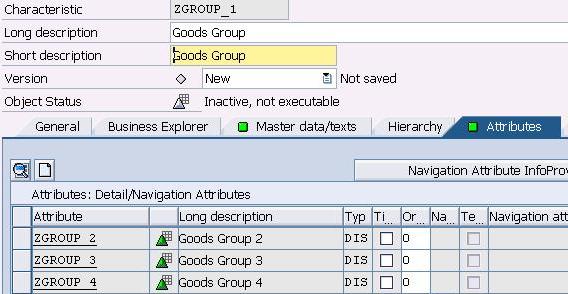 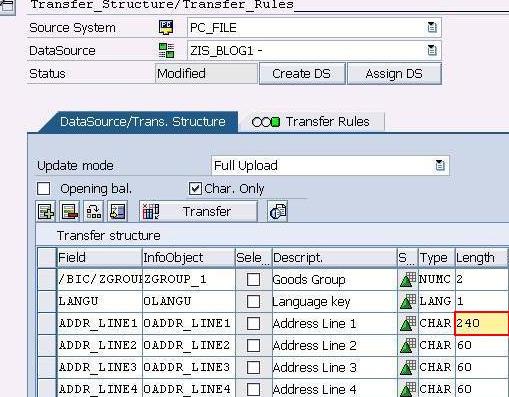 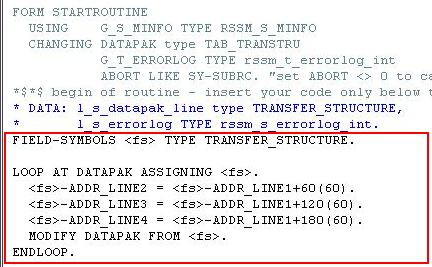 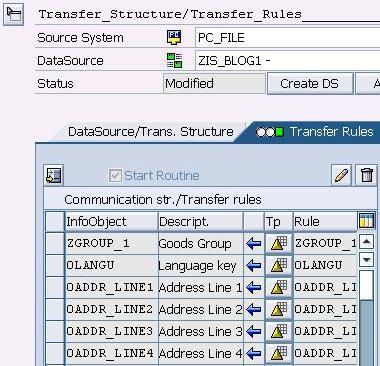 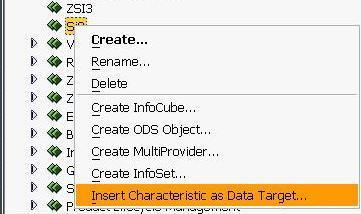 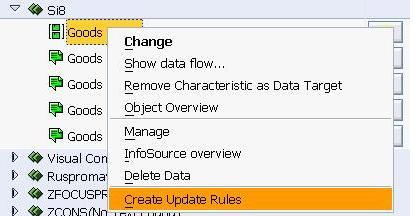 Former Member
May 29, 2006 at 12:17 am
Hello Eugene,
finally a good blog on a typical BI topic. I'm really looking forward to reading more of it.

Former Member
May 29, 2006 at 1:54 am
Thank you, Dirk. Trying to find extra time to finish the 2nd part related to workbooks formatting.

While this is a very interesting blog, Im quite keen to know a non-workbook based solution. As you would be aware, BI delivery is heading towards a web based portal solution, away from the workbook / Bex /excel environment it would be nice to know of options in this front. We`ve had some instances where we used crystal reports as a mean of handling long texts out of BW. There seems to be a growing demand on being able to represent long texts as part of the BI solution.

I guess that your comment should have gone to my other two blogs concerning workbooks formatting.
I was surprised that no comments was published to them. And I thought that was mistaken when proposed that the issue would be interesting.

Regarding your question about long texts presentation in web reporting - one day I'll try to cover this issue also.

Never worked with CRM yet. Is it true that incoming field length is not fixed?

In general, if the length is fixed, you can use the same technics I described. Though, the number of additional infoobject will be much more.

Former Member
October 17, 2008 at 12:34 pm
Eugene
Hi
Thanks for  information it was very helpful to me.
I was wondering if  there was a limitation to the length one could import.
When I tried to change the length in the Datsource/ transfer structure to 360 I received an error message when activating that the Length should be between 1-255 .
Thanks
Ingrid

I do not see the part where you have covered handling these long text issues in WAD. Could you pls help me out

Former Member
June 14, 2006 at 3:46 pm
Web:
This can be achieved with the help of some java scripting in Web Templates. In one of the projects we did this. I think, this is working fine.

Excel:
In our project we adopted the same method for displaying long texts in work books for CRM data. But, this type of solution is OK, if the length of the text is predefined may be around 200-300. This solution cannot be used for situations to display the system logs/scripts or e-mail contents since the length of text is not pre-defined and also length may go beyond 3000.

I too had to resolve to splitting the charaters into 60 each and then using the table modifier , displaying them together , and also if you want to you can change the long text length to 240 by using an SAP access key and then storing the same in the long text of the info object but alas , reporting will not let you display more than 60...

I didn't completely understand your question: "Why 60 Characters in the first place?".
60 chars as a BW limitation. Something wrong with it?

When you talk about table modifier, I presume that you referred to web reporting, didn't you?
Meanwhile I emphasized the BEx Analyzer workbooks formatting.

Former Member
May 30, 2006 at 2:56 am
I guess that Arun raised the question that every second customer of mine asks. Why did SAP limit the long text to 60 characters? I guess that nobody thought that the people needed more than 60 characters. If you do the thing that BW was originally intended to do, namely reporting SAP data, 60 characters is always enough. But BI has grown beyond this.

Arun,
can you describe the table exit in a blog? Then we would have the complete solution, data model, excel and web in three blogs.

Former Member
September 10, 2007 at 3:40 am
During the migration process problems have been reported for this blog. The blog content may look corrupt due to not supported HTML code on this platform. Please adjust the blog content manually before moving it to an official community.

And then read the long text implementing the Interface: IF_BICS_CONS_WEBITEM_CUST_EXIT.

its very good one document..

Very usefull document. Thanks a lot.