Most of the XI consultants come from SAP (ABAP) background and face many problems when they need to implement Java mapping for the source to target transformation. This weblog attempts to give a guideline on approach to be taken when developing mapping programs.

Assuming we have a IDoc to flat file scenario, let us first have a look at the source IDoc structure. 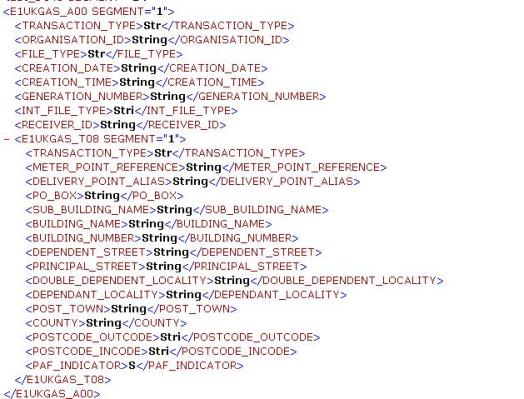 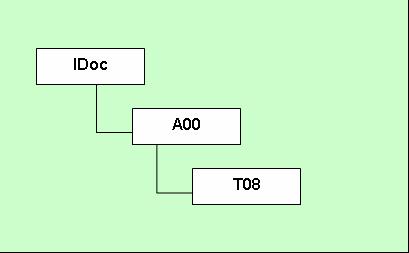 Starting from the lowermost level of T08 as a composite structure i.e. made up of other simple properties, think of T08 as a class having all string properties with names same as that of the tag names of IDoc XML. So a typical T08 class structure would be,

The fastest way to create this class could be going to the segment editor in SAPGUI, copy all the property names and create String variables with all these names. Next, assuming that you are using NWDS as your development tool, create the getter / setter methods for all these properties. Matter of a right click only!!! Right click anywhere inside the class body, select Source –> Generate getter / setter –> Select All.Click Ok.

Generate the getter / setter methods for this class too.

2.If multiple source structures appear in the input to the mapping program , simply have a class level member ArrayList or Vector which would contain various A00 structures.
private Vector idocList; // list of idocs

3.Build the child object completely before adding / setting it to the parent object. So , in our case, we have to make sure that we set all the possible properties of T08 before adding it to A00 structure.

Advantages of this approach:

1.You can write more readable, modular, and maintainable code.

2.Use of objects along with Java’s predefined data structures, collections helps you reduce programming effort, increases program speed and quality as these predefined structures are very well designed and well tested. Performance & efficiency overheads as well as chances of runtime errors associated with usage of Arrays can be safely avoided.

3.toString method of the composite structure classes can be overridden to provide any specific output requirements. E.g. if FILE_TYPE attribute of A00 should appear with double quotes in the final output, the logic could be written in toString of A00 class. toString is the method which if overridden, gets called automatically say if we use a statement like
System.out.println(a00);