Multiple Inbound Interfaces within a Service

3 0 546
During my current assignment (IDOC->XI->HTTP) @ Satyam Netweaver Labs, we came across a scenario in which the data from the IDOC had to be sent to two different URLs on the same Receiver Service, based on some condition. This situation can be dealt with the help of condition editor in the Interface Determination. This blog demonstrates the use of “Interface Determination with Multiple Inbound Interfaces”.

Our scenario was to send an IDoc from a SAP R/3 system to a HTTP Service through XI. So two systems were involved, R/3 and HTTP, but we had only one sender interface and two receiver interfaces. Both the receivers were present on the same HTTP service and based on certain condition, each one of them would be called at runtime.

I remember reading this XPath to show the path (Multiple Receivers) in which XPath is used in receiver determination to route a message to different systems.

But in our scenario we had to route a message to two different interfaces present on the same system i.e. we had to use XPath during Interface Determination. 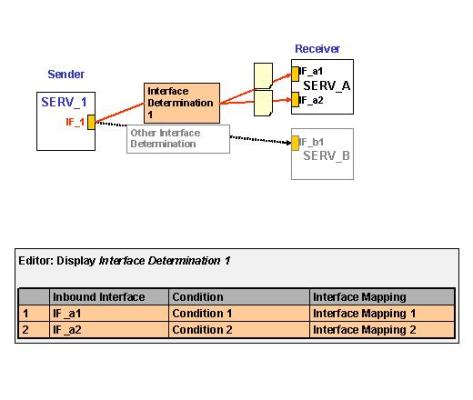 In the Configuration part during the creation of Interface Determination, we can specify condition based on which the routing of the message has to be done. Here we can specify the inbound interfaces which has to be chosen at runtime based on some particular condition 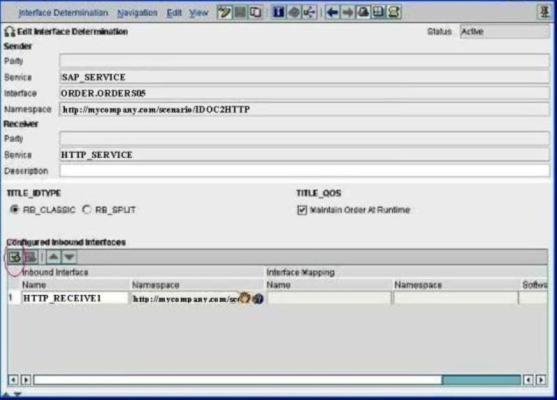 Click on the ‘+’, one more row is added. Now you can see the Condition column. 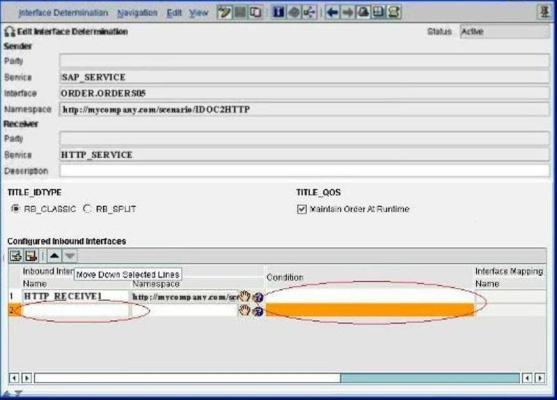 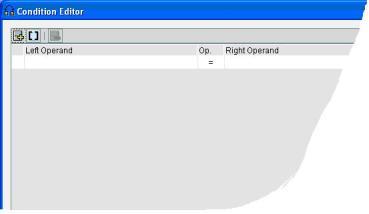 Once the interface determination is done for these interfaces, and each component is activated, the message finds its path without any obstacles.

Great Blog.
But I am confident that you are capable of much better blogs than this one.

Shabarish Vijayakumar
January 8, 2006 at 9:44 pm
I think we have something common here except earlier it was Recv Det. and now its Int. Det.
>>>> XPath to show the path (Multiple Receivers)

This blog helps in selecting different receiver system at runtime depending on some condition.

While I have shown the use of Condition editor in Interface Determination for selecting different Interfaces that belongs to same receiver system.