2 0 257
This is one in a series of weblogs on External Facing Portal, a new feature in SAP NetWeaver Portal SP14.

The portal provides a UI for system administrators to check the status of the cache. You can look up the following (corresponding J2EE property shown in parentheses):

These settings are read-only, and can be changed using the SAP J2EE Visual Administration tool. 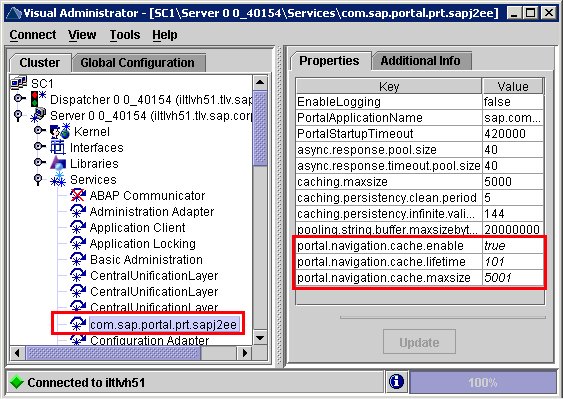 By default, navigation caching is turned off. Generally, there is a testing period, during which navigation hierarchies are changing, so it makes sense not to cache navigation nodes at this stage. After roles have been created and assigned and the portal is in production, you can turn on navigation caching.

Objects in the Cache 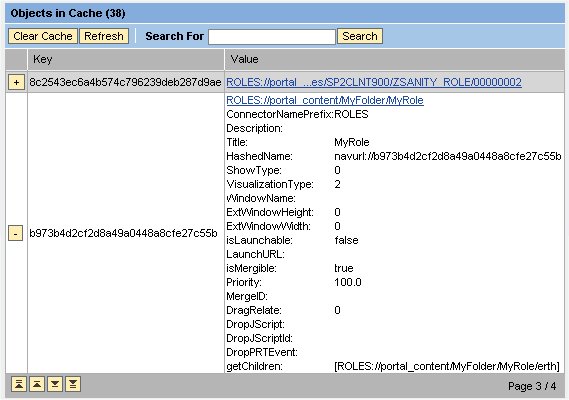 The getConnectorCacheDiscriminator() method returns a key — a String — for the set of nodes for the current user. The following is the signature:

You may want to create the navigation nodes — and, therefore, the cache discriminator — based on the current user. You can retrieve the IUser object for the current user from the Hashtable passed into the method, as follows:

The following are the weblogs in the series on External Facing Portal:

The Navigation Caching will be done serverside, correct? Will it work even if you set Allow Client-Side Caching to False?

As a side-question I would like to know if the caching on iview works at all in the portal (SPS11-13?) If I select the cache level "Shared" for a specific iview, the content of the iview will no longer be visible in the portal.

Yes, navigation caching is done server side. It is unaffected by the general cache settings for iViews and iView content and it is either enabled/disabled based on the J2EE parameter.