I’m not a very good SAP web developer, or am I too good a SAP web developer? Before you accuse me of either false modesty or bragging, I’m not talking about my programming skills. No, I’m talking about my sensory abilities. As with my Enjoy the silence, my sight is still perfect despite my age. I can still read a license plate from across the parking lot –if there’s any market for that – which younger colleagues aren’t able to.
I have always had good eye sight which had as a consequence that I almost served as a sniper during my military service. Luckily I didn’t. I barely touched the arms, which were sometimes more than double the age of the conscripts, apart from the daily cleaning routine. I was rather clumsy with them, meaning the weapons. The only two times that I actually had to shoot with live ammo ended up being two sessions of self mutilation, and not even being a sniper for 1 second, since I didn’t hit much other than myself.

is sometimes a good thing in the computing world, but it can also be a burden too. My screen resolution is set to 1280 x 1024, 96 DPI on a 17” screen, but that seems to be rather unreadable for a lot of people. They prefer 120 DPI on a 19” screen. As a web developer this can be rather annoying. One needs to put so much information into the very limited available space. The user even prefers not to scroll within a screen either so that development sometimes becomes almost an impossible task. And just when I think that it’ll all fit, I find that the user has set an extra task bar on his browser. The intention of this web log is/was (I’ll come to that later) to alter things in such a way that the visibility of the site is set to the max, without compromising the content itself. But how can one achieve this?

Let’s take the SDN site as an example. I’m sure that the SDN site developers have these problems too. It is a fact that a lot of info is available on one screen at the SDN site, which sometimes works out badly due to the small font type used. The first thing that catches the eye is the site header. It’s an eye catcher because it is big and just the size of it means that there’s less place for the rest of the info.

So what if we move the header somewhat higher in order to gain space, in other words let’s make the SDN header the background for the toolbars of your browser. It’s relatively easy to do.
For MIE, you need to:

•  make a bmp file with the desired image.

•  start regedit and navigate to HKEY_CURRENT_USERSoftwareMicrosoftInternet ExplorerToolbar. Needless to say that you need to make a backup first and that it’s not for the faint-hearted.
Make a new entry called BackBitmap, and put the value c:windowssdn.bmp in.

•  Guess what you see when you (re)start MIE.

I discovered that File Explorer gets the same skin, although you should officially make a BackBitmapShell entry

Less radical changes are needed when you want to alter Firefox:

That’s easily done, isn’t it. But when you (re)start Firefox, you see a problem. The image is repeated within the different toolbars. The only remedy for this is to create an image without any logos.
I guess that SAP wouldn’t be too happy if no logo appeared. However there is a solution to that that the SDN admins can do for their part. Just install a SDN icon as favicon.ico on the web server’s root. That icon will appear in both the location bar and bookmarks and thus have an excellent promotional aspect.
Furthermore you can replace the Firefox window icon by your own, in this case the SDN icon. All you need to do is to rename the icon to main-window.ico and place the icon in the chromeiconsdefault directory.
That’s all for phase 1 of the revamping. Wait a second you’ll say, what about the links within the header. No problem, just put them as bookmarks in the bookmark toolbar.

The next step is to hide the header Copperfield wise. That’s easy done with Platypus, see my earlier web log for further info. The result script looks like this:

If you want to give your Firefox an even more SDN look you can define the colours of the browsing tabs too. It’s just a matter of adding the following lines in the earlier mentioned userChrome.css

Unfortunately this kind of feature doesn’t exist for MIE. Trixie can be tried for this, but due to differences between Firefox and Internet Explorer, not all Greasemonkey scripts can be executed within MIE. So you need to try things out to see whether it works or not.

As you can see, there are plenty of things you can do in order to make things more visible/readable as an end user. Please make sure that you don’t infringe any copyrights when doing this with a site. The SDN examples, and the files in the zip, are for educational purposes only. As a SAP web developer you have to make sure that your site is viewable/readable by as many people as possible without losing any information. The nec plus ultra is of course your site being WAI compliant.

This PS is to wish you all a well deserved holiday. This year I’m heading for Tirol, with a stop over in Legoland Germany.

Funny to see how marital status and the breeding instinct have influenced holiday destinations.

Having said this, I’ll try to take some time to reflect on the past, present and future of the things I do/did. I’ve done my stint for certain things. See you back (maybe) in August, what, what, hey, hey? 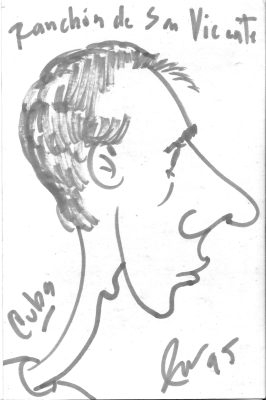