The Data type is shown as below: 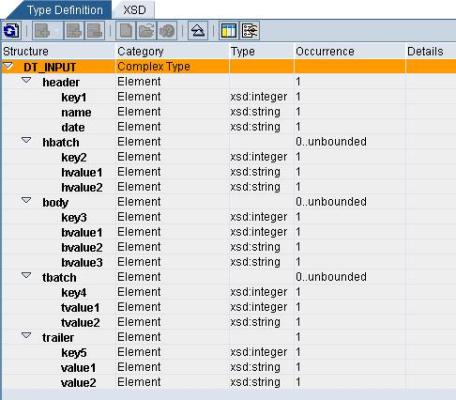 Note: During the creation of data type the header, hbatch, body , tbatch and trailer are created at the same level and a recordset creation is ignored.

In the Integration directory, the following has to be mentioned at the configuration of the communication channel.

The output XML thrown to XI for further processing is as shown below: 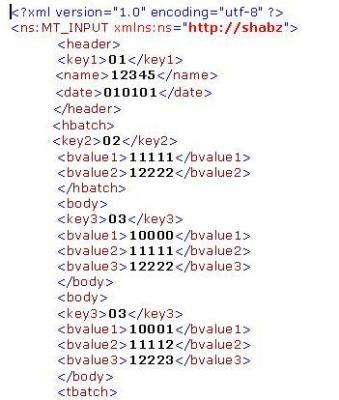 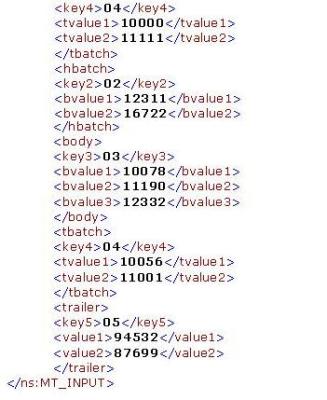 Suppose the trailer occurrence is mentioned as 1 (as in the data type created ) then the output XML would not have the complete data as in the input file, rather only the final hbatch, body and tbatch occurring before the trailer would be included in the message.

The output XML after content conversion would be then as follows for the same input file: 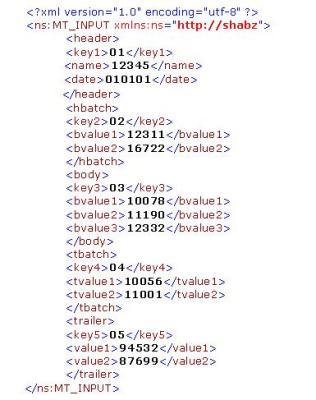 NOTE: In case, whole of the file follows a random content then all you need to change is the occurrence (make all the nodes as 0 – unbounded) during the creation of data type. At the communication channel configuration, the number of substructures need to be mentioned as * for the sequence.

Hope this weblog would help you in case of the content conversions of files following a pattern or random occurrences.